Cross Bones Graveyard To Get A Public Garden

Wandering around the streets of Southwark, you might have chanced across this curious medley of ribbons, posies and words of remembrance: 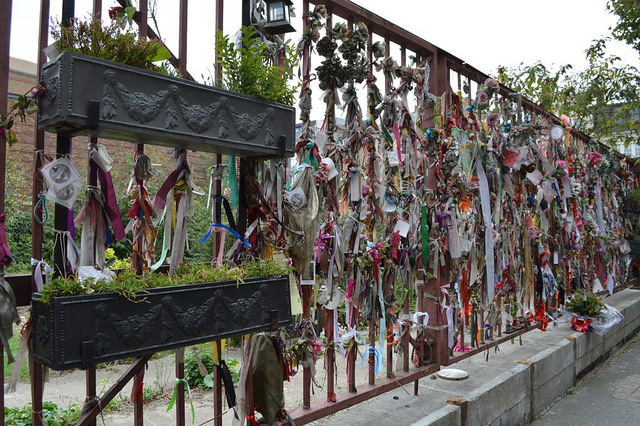 This is the Cross Bones graveyard on Redcross Way: a medieval burial ground, briefly a fairground, eventually turned into a Transport for London storage yard, and now a shrine to the 'outcast dead'. Some 15,000 people — mostly paupers and prostitutes — are interred here. Their lives as individuals are long forgotten, but collectively they are remembered. 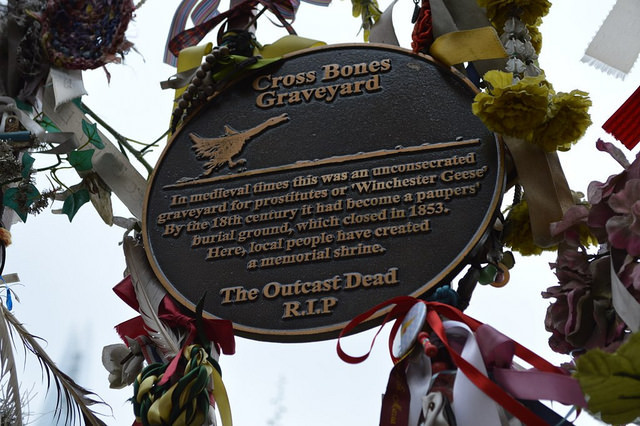 Every month, for almost 20 years, local poet John Constable and the Friends of Crossbones have led a vigil at the gates, encouraging participants to tie their commemorations to the barrier. The site beyond the railings also contains a few memorials and plants, but is mostly an unattractive expanse of concrete with restricted access. This will now change, after Bankside Open Spaces Trust received planning permission from Southwark Council and a three-year lease from TfL to create a temporary memorial garden. 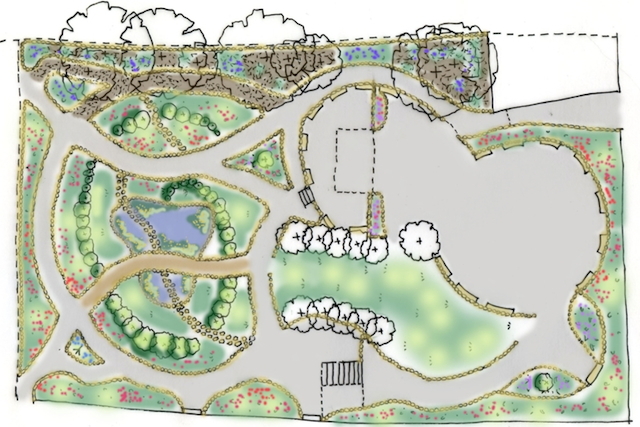 Preparatory work, including the careful relocation of the gates to face directly onto the burial site, has already taken place. Landscaping work will begin on the garden shortly, with funding from the Mayor of London's Pocket Parks programme.