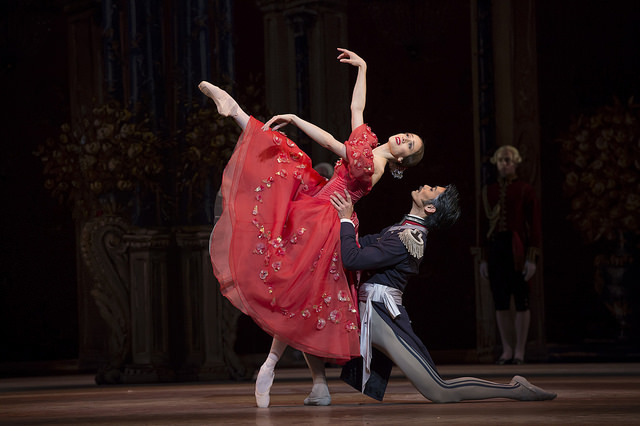 John Cranko's Onegin dates from a time when ballet choreographers were moving towards more realistic, socially-driven narratives based on existing plays and novels and away from the supernatural folktale basis of classical 19th century ballet. Cranko had created a highly successful staging of Romeo and Juliet in 1962; three years later, he reworked Pushkin's verse-novel into a full-length performance for the Stuttgart Ballet.

Pushkin's eponymous antihero (performed on Saturday by Thiago Soares) is a cynical, world-weary young aristocrat. Tired of city society, Onegin arrives in the countryside and befriends the poet Lensky (danced with buoyancy and charm by Vadim Muntagirov). Onegin also meets Lensky's coquettish fiancee Olga (Akane Takada), and Olga's sister Tatiana (the always sublime Marianela Núñez). Tatiana falls for the aloof and sophisticated stranger, but  Onegin cruelly rejects her at her birthday party and then compounds this bad behaviour by shooting Lensky dead in a duel.

Muntagirov, who joined the Royal Ballet from ENB last year, seems to have taken to the ROH stage like a swan to lakewater; his Act 1 pas-de-deux with Takada is full of youthful joy and sweetness. Soares dances Onegin with a careful elegance rather than the bad-boy swagger the role needs; it's not entirely clear why Núñez's Tatiana should become so smitten with this rather petulant figure.

There are moments of brilliance: the two soaring pas-de-deux between Tatiana and Onegin have retained their emotional heft, and the ensemble dancing in all three acts is excellent. Other aspects of the ballet have aged less well: a freeze-framed opening, and some of the gestural quarreling and pleading appear dated to modern eyes.

Being both a ballet and a 19th century novel, Onegin must end with tragedy — but it's the everyday, domestic tragedy of settling for a life of comfortable respectability rather than the grand, parapet-jumping tragedy of the classic white ballets. A treat for fans of sombre realism rather than escapist fantasy, Onegin is beautifully crafted and lovingly performed by its cast.