Wellcome Collection's Institute Of Sexology: Arousing, But No Climax

By M@ Last edited 69 months ago
M@ Wellcome Collection's Institute Of Sexology: Arousing, But No Climax ★★★☆☆ 3

"The spiky anti-masturbation penis ring. Although I don't think I'd much fancy wearing the porcelain sheath for catching night time secretions either."

If you've never started your day by engaging a random stranger in a conversation about penile accessories then you (a) clearly aren't being invited to the right parties, and (b) need to get along to Wellcome Collection's new Institute of Sexology exhibition. The 10-month show takes a look at human sex and those who've studied it.

The exhibition makes use of a new space up on the Collection's first floor. The entrance sign is absolutely gagging for someone to append the words "no shit". 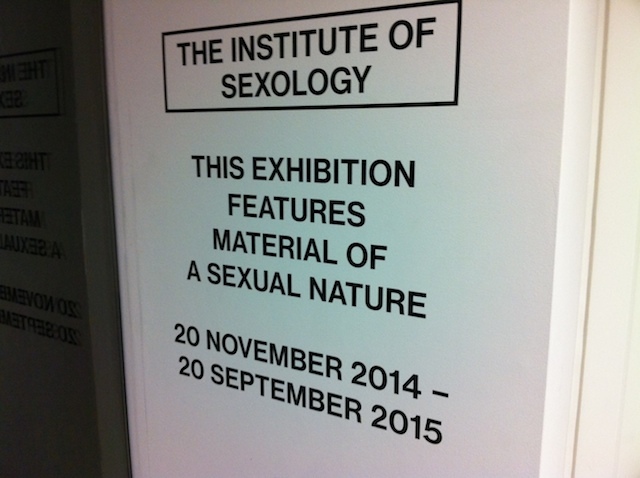 If you've ever thought, in a grubby little Sid James way, that being a sexologist must be the best job in the world, then this exhibition might persuade you otherwise. Time and again we learn how pioneering researchers were lambasted, lampooned and persecuted for their taboo-busting work. The show opens with the story of Magnus Hirschfeld, founder of Berlin's Institute of Sexology in 1919. As an openly gay man and a Jew, Hirschfeld found himself a natural target for the Nazi regime, who later destroyed his research and burnt his priceless collection of books. Marie Stopes, most famous for her campaigns around birth control, also came in for a drubbing. A display of correspondence is mostly in praise of her work, but then there's this fulminating missive: 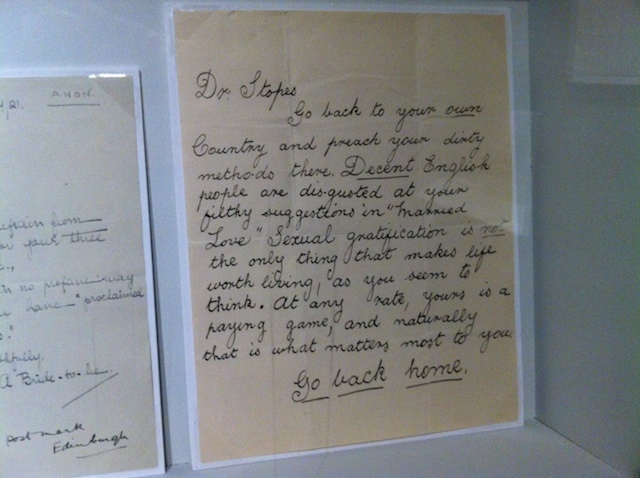 If the anonymous writer comes across as a bit of a prick, then he or she is in good company. Almost every cabinet has a priapic novelty, from winged members to vintage vibrators. The displays draw from many cultures over many ages, and it soon becomes apparent that prudish reservation towards matters sexual is by no means universal or even the norm. From the famous attitudes of the Kama Sutra to a Graeco-Roman windchime in the form of a penis-headed horse, representations of sexual organs and acts are common throughout the world. 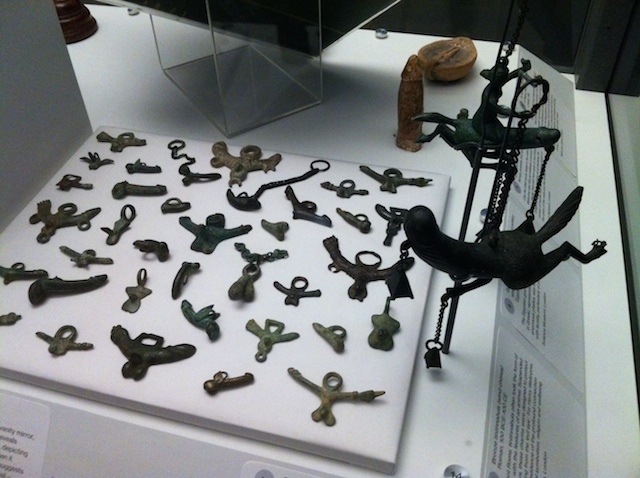 Our particular favourites, long cherished in the Wellcome's permanent exhibition, are the artefacts labelled "Porcelain fruit, hinged, contains male and female copulating, Oriental". You can see them on the shot below, from Wellcome's Instagram: 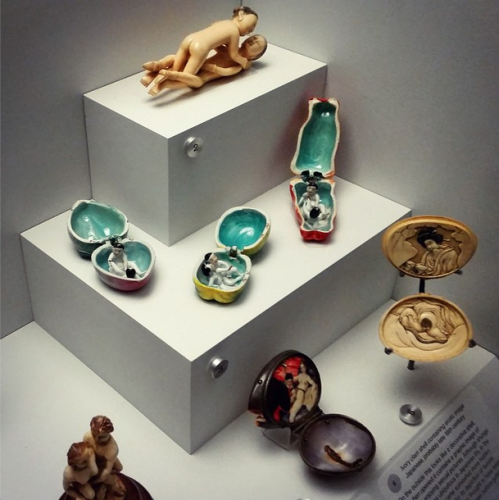 For all the bizarre objets d'arse on show, it's the stories behind the researchers that hold the most curiosity. Marie Stopes is a bit of a hero, clambering around in Japanese caves on a one-woman fossil-hunting mission, then recording her levels of sexual arousal on a beautiful hand-drawn graph. Noted sexologist Alfred Kinsey, meanwhile, was also a collector of wasps, gathering and measuring five million specimens over the years, some of which are here.

So then, a show packed with novelties and stories you'll want to read. We did feel, however, that the commentary was a little too po-faced for the subject matter. The displays also peter out without ever really reaching a climax. The final section explains efforts to understand sexual behaviour by survey, including the 1990 Natsal study whose funding was withdrawn by Margaret Thatcher's government, only to be picked up by Wellcome. To tell us all about this survey into British sexual habits but not present any of the results feels, well, a bit of a tease. Still, the curators promise that the exhibition will evolve over its 10-month run, with new exhibits and audience input, so perhaps there's a big finish yet to come.

The Institute of Sexology is on at Wellcome Collection until 20 September 2015. Entrance is free.