PUB: Just want to kick back and relax with a pint and a packet of pork scratchings? Our pubs guide has information about all the best pubs in London, organised by area for your convenience. Find a boozer nearby, try a new place, or see if your favourite made the cut.

JEWISH COMEDY: The first ever UK Jewish Comedy Festival begins on Saturday at JW3 in Finchley Road. Participants include David Baddiel, Ruby Wax and Arnold Brown. This weekend is the launch event with a night of futuristic comedy. Various prices, prebook, 29 November-7 December

ICE SKATING: Slowly but surely, London’s seasonal ice rinks are waking up for the season. See what’s already open, or book ahead for the rest of the run-up to Christmas.

CHRISTMAS MARKETS: From now on, there are plenty of Christmas markets and fairs going on every weekend and some weekdays too. Luckily for you, we've rounded them all up and organised them by London area and date.

FOODIES FESTIVAL: The Foodies Festival takes on a festive twist at  Truman Brewery on Brick Lane. Top chefs cook in an open-air theatre, experts in the Drinks Theatre advise on the best champagne and wines for Christmas, plus there's a life-size Gingerbread House serving ginger beer and roasted ginger marshmallows, and hands-on masterclasses in cake decorating. £12-£22, prebook, 28-30 November

GIANT CAKE: All weekend at Westfield London in Shepherd's Bush, Fairy and Make-A-Wish are attempting to break the word record for the largest cake sculpture, and for the record to count, the cake needs to be eaten in its entirety. For a suggested donation of £1 you can enjoy a slice of the 12m x 10m cake and support Make-A-Wish. 28-30 November

BEANO DRAWING: There are limited places available to take part in Beano drawing classes at Benugo in St Pancras. Prebook by email, 29 and 30 November, 12.30pm and 2.30pm

NORDIC FILMS: The ICA on The Mall hosts a Nordic Film Festival weekend, with short films from Nordic Factory and feature film Paris of the North. £11/£7/£8 per performance, prebook, 29-30 November


STRAND WALK: Discovering London guide Peter Berthoud leads a walk along a former beach. Discover London’s, possibly the world’s, first wine bar, the scene of an elephant’s execution and the oldest family-run shop of its type on earth. You will also see a few sculptures that most people have never noticed. £10-£12, prebook, 11am

CHILLY DIP: Homeless charity Crisis has organised a fundraising midwinter swim at Tooting Bec Lido. Register to take part for £21.62 (plus sponsorship), or go along to watch and offer your support. From 11am (spectators from 12pm)

RIVER ARCHITECTURE: Open City's boat-based architecture tour of the Thames departs from Festival Pier and heads upstream to Battersea Power Station before heading back East to pass sites such as The Shard, Somerset House and Tower Bridge, all illuminated at night. £35.50, prebook, 2pm

KIDS' PARTY: Big Fish Little Fish in Brixton is a family-centric rave, aimed at children aged 8 and under and their parents. The theme is Superheroes Vs Supervillains. There's a play area with tents and tunnels, a babies-only space with soft mats, ball pool and beanbags, a large craft area where older children can make things to fit with the theme, a giant colouring-in mural, play-doh table and more. £8/£4.50, prebook, 2pm

TROMBONE OCTET: Newly-formed London trombone ensemble Bone Direction play a  repertoire including Bourgeois, Bruckner and Crespo at St James the Less Church in Pimlico. Welcome in the festive season with some Christmas tunes too. Free (voluntary donations to the church welcome), just turn up, 6pm

SLAP YA PAPA: Lucie Massey's trip to Louisiana inspired her to bring back some of the  food, music and vibes that she found there, so Slap Ya Papa, a Louisiana themed supper club which moves around London was born. Tonight it's at a secret location near Ladbroke Grove. £27.50, prebook, 7.45pm

COMEDY HOEDOWN: Join Rich Hall and his virtuoso musical mates for a mash-up of music, comedy and gratuitous coloration at artsdepot in North Finchley. Performing will be the Hoedown’s regular band of talented and chronically unemployable urchins. £17.50, prebook, 8pm

1930S GLAMOUR: Set sail on the SS Atlantica for the Ocean Liner Party and step back to the 1930s. On-board entertainment will include  singers and dancers, cabaret acts and black jack tables, all reminiscent of a golden age of luxury travel. Fine champagne and winter cocktails will be on offer at multiple bar stations on board, and guests can venture to the upper deck with their drinks in hand to watch London float by under the stars. Embark at Savoy Pier near Embankment. £25, prebook, 8pm


SUNDAY ROAST: Nothing says Sunday like a full roast dinner. Have a look at our choice of the best Sunday roasts in London, or check out your other food options.

CITY ARCHITECTURE: Join Brian McClory of City Ranger Walks for a walk around the Centre of the City of London exploring the modern architecture that has shaped the city today. Many of these buildings stand on ground which has been built on for 2000 years and you'll hear how the architects have overcome the problems that causes - in some cases they've incorporated former graveyards and ancient monuments into their plans.£10/£7.50, prebook, 11am

DISABILITY CONCERT: Arts charity Create has arranged for internationally renowned blind and autistic pianist Derek Paravicini to perform a rare interactive concert for children with disabilities and their families in Southwark. Percussion instruments will be available so that everyone can join in, there's plenty of space to dance, and colouring and craft activities go on alongside the concert. £6/£4, prebook, 11.45am/2.45pm

NORTHERN FOOD: Northerners, rejoice! Northern Sole Food Co. are putting on a supper club with a three course meal consisting of food from north of Watford.  Can't make it? Take a look at our suggestions of where to find Northern food in London. £29, prebook, 1pm

WAR REQUIEM: Royal Orchestra Society offers a performance of Britten’s War Requiem, in which traditional Latin texts are interspersed with settings of poems by Wilfred Owen written in World War I, at Cadogan Hall. £10-£30, prebook, 6pm

CINEMA ITALIA: Every month, a contemporary Italian film with English subtitles is screened at Genesis Cinema in Mile End. Tonight is the turn of Sydney Sibilia's I can quit whenever I want (Smetto Quando Voglio), a comedy which tells the story of seven Italian former University Researchers who start an unusual career in Rome after losing their jobs. £10/£7, prebook, 6.30pm

ELISA TOFFOLI: This singer is very well-known in Italy and she's won many awards for her music. Tonight she performs her show L'ANIMA VOLA at KOKO in Camden. £28.12, prebook, 7pm

Save on your commute

Here’s a neat way to enjoy the benefits of an Annual Travelcard, but with all the flexibility of monthly payments. CommuterClub offer Londoners a simple loan for their season ticket which is repaid over 11 months. Not only will you save money off your commute, you’ll also delay 2015 fare increases by locking in this year’s prices for another 12 months. Find out more at www.commuterclub.co.uk/londonist 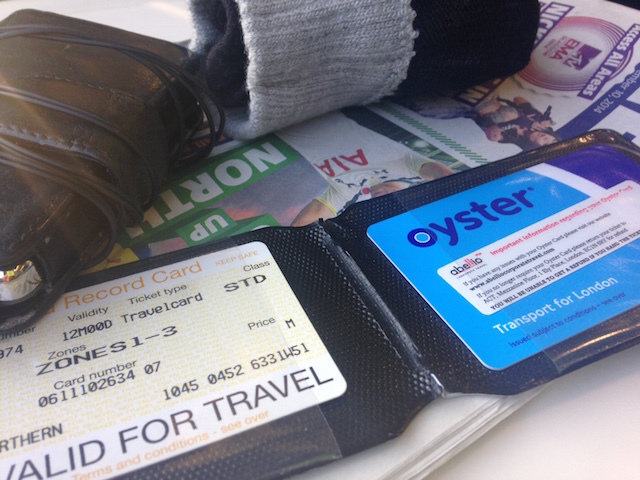 This weekend’s Things to do is sponsored by CommuterClub.

What have we missed? Let us know what’s going on this weekend, leave a comment or email tips@londonist.com.