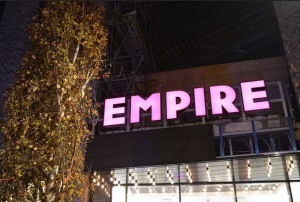 Walthamstow will no longer be in one of London's only two cinema-less boroughs, as a nine-screen cinema at The Scene prepares to open on 20 November.

The new Empire cinema will be able to seat 1,200 as well as creating 35 jobs for the local area. Five further units will house shops, restaurants and 121 new homes, all built as part of the regeneration of Walthamtow's town centre.

The former EMD Granada cinema, which closed in 2002, has been the subject of a protracted battle between local residents, the Waltham Forest Cinema Trust (WFCT) and the Universal Church of the Kingdom of God. The latter's plans to turn the 1930s Grade II-listed site into a church were rejected and Waltham Forest council finally agreed to issue a compulsory purchase order. The Antic pub group announced last week they are in the process of buying the Granada by private sale. The WFCT have now teamed up with Soho Theatre to raise the £8m needed to turn it into an all-purpose arts venue, but the final plans remain to be seen.

The Empire Cinema will open to the public on 20 November, see their website for listings.