London Devolution: Not If, But When 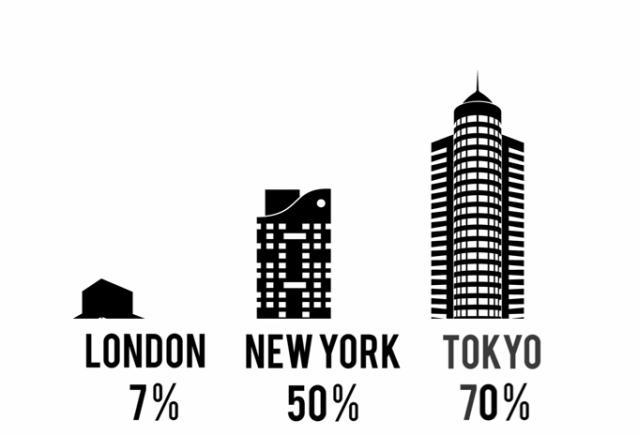 Calls for devolving more powers to London are growing stronger — it looked like such fun in Scotland, we thought we'd have a go. It's easy to imagine the rest of the country huffing that we already have plenty of power and influence, but Jonn Elledge in CityMetric recently mooted an argument that giving the capital more power would actually benefit the rest of the country.

The situation is this: most of our spending money comes from a central government grant. London gets to keep just 7% of the taxes paid by residents and businesses — the rest goes into the Treasury's coffers, leaving us to request cash for infrastructure projects like Crossrail. In contrast, New York keeps 50% of its taxes and Tokyo 70%.

Boris Johnson is currently in talks with government to allow us to keep things like stamp duty, something which Cities minister Greg Clark has ruled out. The Mayor told the BBC's Tim Donovan that the government regards London as a "great cash cow for stamp duty, they want to take all that money and decide how to spend it themselves".

Sadiq Khan, Shadow Minister for London, has launched a campaign and petition to allow us to keep more of our taxes, as well as wanting more devolved powers to run public services, health, education and training alongside building homes and infrastructure. Darren Johnson, Green Assembly Member, argued this week that if London had more control over business rates, stamp duty and council tax — including creating additional bands — we could fund programmes of genuinely affordable social housing, diversify our economy and fund infrastructure projects without having to go cap in hand to the Treasury, reducing the amount available to be spent elsewhere. As Jonn Elledge puts it:

"It may even be ultimately possible for London to pay for the vast majority of its own capital projects: through property taxes, borrowing against future incomes streams and so on. The city is rich. Why should it expect bungs from the taxpayer?"

So when Greg Clark chastises the city for not being clear about how it would spend the money it could raise —  at Tuesday's London Conference he said "London's only talking about taxes when the rest of the country is talking about things that are going to make a difference on the ground" — he presumably means the Mayor isn't presenting enough of the ideas coming out of alternate (i.e., non Tory) channels. However, Clark has conceded that it's not a question of if London gets devolved powers but how much, and when. Send your ideas to City Hall (or leave them in the comments).