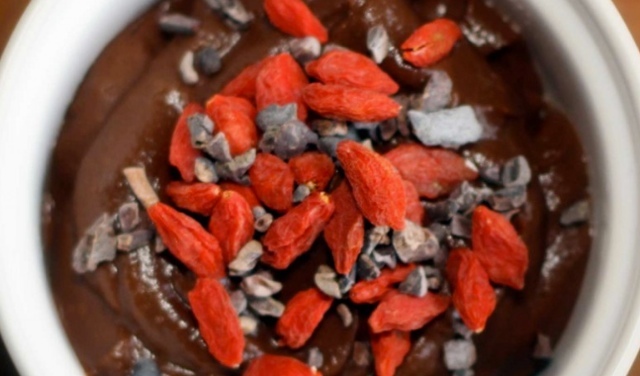 Restaurants have — quite rightly — become increasingly aware of specific dietary requirements and preferences in recent times, with vegetarian and gluten free dishes and menus in particular becoming more commonplace. Likewise, the days of stroppy chefs refusing to cater for special needs are well and truly behind us.

But a new restaurant set to open shortly in Notting Hill is taking things several steps further, basing its entire menu around a Paleolithic diet.

If you’ve never had reason to know what the heck that is, the clue is in the title. A Paleo diet is one which resembles the food humankind would have consumed during the Paleolithic era; it’s also varyingly known as the caveman diet, the Stone Age diet and the hunter-gatherer diet.

While you digest that, consider the key foods which are omitted as part of such a diet: dairy products, grains, potatoes and vegetable or seed oils are gone for a start. Legumes, sugar and anything at all processed are also no-nos.

Also consider that it does include nut and seed butters, avocado oil, coconut, tapioca starch, agave and dates. It sounds more Beverley Hills than Bedrock to us, but we’ll put historical inaccuracy to one side for a moment.

The soon-to-open restaurant, which will be called Pure Taste, started as a Sussex-based pop-up early last year. After local success and some national coverage, the team joined Kickstarter to help raise funds for a permanent site. By December they had exceeded their target of £30,000, and as of this week have secured a site on Westbourne Grove.

Pure Taste is being billed as “the UK's first Paleolithic and specialist 'free-from' restaurant”. While we imagine the number of Londoners following a strict paleo diet is fairly small, if done right it’s likely to find a market among those with coeliac disease or gluten intolerances, since the absence of grains means that Paleo dishes are also naturally free from gluten.

The menu will also cater heavily for those looking for vegetarian, vegan, dairy-free, nut-free, and low-carb diets among others.

However, wouldn’t most diners with specific allergies or intolerances prefer to be catered for in mainstream establishments? We certainly imagine that their friends, partners and other dining partners would rather so.

The team reckon not, explaining on the restaurant’s Kickstarter page that: “Pure Taste will help to put free-from food firmly on the culinary map, proving that gluten-free and Paleo friendly food can feel great and taste amazing.”

A preliminary menu on the restaurant’s website (which suggests there will be a handful of dishes that aren’t strictly Paleo) includes crispy salt and pepper squid with pickled carrot, Chinese leaf salad and sweet chilli sauce; ceviche of plaice; and smoked wood pigeon with almond bread, sauerkraut, watercress and pickled radishes.

Pure Taste’s Kickstarter page states that the restaurant will also be attractive to “those interested in healthy eating”, although it doesn’t take much Googling to find several sources claiming the diet is not only fanciful but dangerous if followed too strictly.

But if nothing else, Pure Taste will add yet more variety to London’s already diverse restaurant scene. When it opens we’ll certainly be going Paleo (just for a night, mind) to see what wonders the kitchen can work with such limited ingredients.

Pure Taste will be based at 115 Westbourne Grove, W2 4UP. Reservations will open on 1 November.