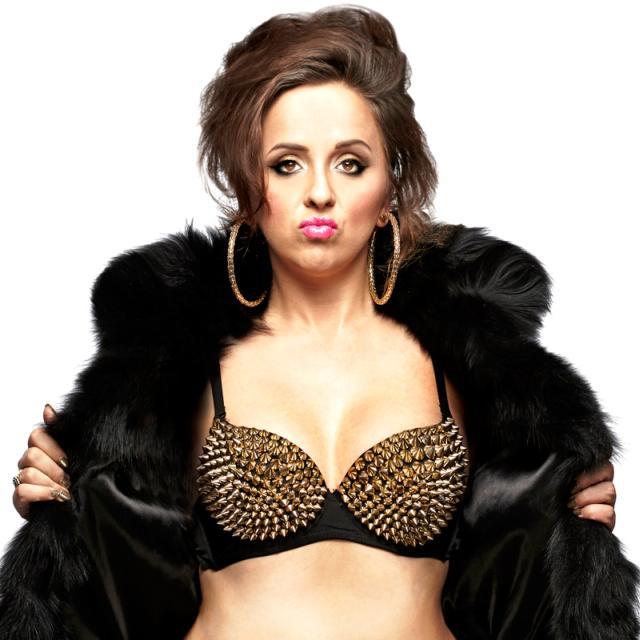 Luisa Omielan is possibly the best and most successful comedian you've never heard of. If you've been an audience member at one of her previous, multiple sell-out runs at the Soho Theatre, then you can of course do smug face and point out how behind the curve we are. Because Luisa Omielan is now also our new favourite comedian.

For a start, she runs about the stage (and audience) in a sports bra and Spanx, completely owning that muffin top, talking about how she loves Greggs. She's joyously graphic about sex in all its messy detail. She's ruthless about turning over her life for comedic dissection, her screw-ups and bottom-scraping as well as moments of lesson-learning and recent career highs, becoming an everywoman for our time. (We feel we now know more about Luisa Omielan after one hour in her company than friends we've known for a couple of years.)

But what's truly brilliant, and what keeps people coming back, is that her comedy is relentlessly life affirming and feminist. Whether she's upgrading and reclaiming insults like whore and slut, or wondering why she knows the circumference that her thighs are meant to be but not that one in four people suffer from some kind of mental illness in any year, it's easy to see why she's titled this show Am I Right, Ladies? It's comedy meets empowerment, and when the sound is cut midway through Adele's Someone Like You, the audience needs no encouragement to belt out the chorus in lusty, full throated voice.

The danger with this is that it makes a certain type of man think 'oh, this is just comedy for chicks'. Which, to borrow a line from the show, is kind of fine because that's half the population, bitches — and yet we don't have 'comedy for men'. Thinking that men won't get jokes about vaginas is to assume that women sit stonyfaced through male comedians' routines about their balls. Which doesn't happen. Funny is funny is funny, and whether the person telling the gag about giving head does or doesn't have a Y chromosome makes not the slightest bit of difference when the punchline is spot on. It's depressing we have to point this out. It's depressing the topic has to take up space in a comedy gig. But this woman is on a sharp upward trajectory — to miss out because you're afraid of a bit of vag would be stupid.

Luisa Omielan: Am I Right, Ladies? is on at the Soho Theatre, Dean Street W1, until 4 October. Tickets £12.50-£20. Londonist saw this performance on a complimentary ticket. Luisa's first show, What Would Beyonce Do, is on at the Leicester Square Theatre on 21 and 22 November, tickets £17.50/£16.