Where To Eat And Drink During The Notting Hill Carnival

Carnival time is nearly upon us. If dodgy, overpriced jerk chicken and warm cans of Red Stripe aren’t your bag, then you’ll want to read our guide on where to get your food and drink fixes along the route. If pushing through the crowds just to reach a closed door isn’t your thing either, you’ll also want to note that many restaurants and bars alter their opening times or close altogether during Carnival — we’ve tried several of them so you don't have to.

Boom Burger
This Portobello Jamaican burger bar under the Westway will be serving jerk chicken burgers and wings throughout the carnival, but only through the takeaway hatch. Its other burgers will not be available.

Mama’s Jerk Station
The team behind street food stall Mama’s Jerk Station will be in their element at the Carnival, serving smoky jerk chicken either straight-up or boneless in wraps, along with veggie options, fried plantain and more. Find them on the corner of Oxford Gardens and Portobello Road (near to the Gladdy Wax sound system, which is labelled on Carnival maps).

The Rum Kitchen
It feels a little like Carnival all the time at this jerk-focused rum shack and restaurant on All Saints Road. There’ll be no going inside on either day, but the terrace will be open for business, serving a limited menu based around, you guessed it, jerk chicken.


Best of the rest

Gastropub: The Cow
Westbourne Park gastropub The Cow will be hosting its own mini carnival this weekend, but food will still be available. Pints of prawns, steak and Guinness pies, sausage and mash and the likes will be served into the evening, while its jukebox will play reggae, ska and calypso tunes from midday into the night.

Street food: Paradise
This Kensal Green gastropub just off the main Carnival route will be shut during the days in preparation for various afterparties. But the team have taken over the courtyard of St John’s church opposite, and will be serving burgers and other street food in the same vein as the dishes on its British seasonal menus. There will also be Carnival punch as well as a selection of beers, wines and spirits.

Pizza: The Portobello Organic Kitchen
There’s no eating-in at this Portobello Road Italian, but it will be serving takeaway pizzas from 10am until 11pm both days. Varieties include the Salsiccia topped with spicy sausage and mozzarella, and the Portobello Special with prosciutto, mozzarella and rocket.

Rum: Trailer Happiness
This rum-soaked Portobello Road bar will be serving a small selection of dumplings and other dim sum outside its entrance throughout the Carnival days, along with fruit juices, daiquiris and other punchy rum cocktails. The bar itself will open from 3pm on Sunday and 5pm on Monday, keeping the partying going until late — but you will need a wristband to get in. They cost a tenner and can be bought online in advance, or on the door so long as they don’t all sell out.

Tequila: Crazy Homies
Forget rum. At this Westbourne Park Mexican dive bar, it’s all about tequila. Although no one will be allowed inside during Carnival time, cocktails will be served from midday until late through the door. Like takeaway coffees, but better.

Ales: The Ladbroke Arms
It’s a harder task than you might think to find a decent ale during the Carnival without going well off route. This pub on Ladbroke Road will be open from midday until 7pm on both days, but the kitchen will be closed. The Elgin is open until 9pm on Sunday, but closed on Monday. 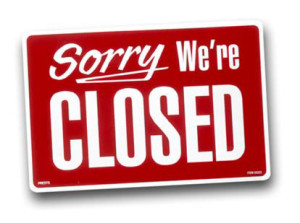 If you’d prefer to channel the good time vibes of the Carnival without getting caught up in the chaos, here are some places to do just that.

Cottons, Camden and Islington
The two branches of this authentic Caribbean restaurant are close to becoming London institutions for their fun-time feel and bright-flavoured cooking. It’s food is better than most things you’ll get at the Carnival, we suspect.

Dub Jam, Covent Garden
If rum, jerk, reggae and Red Stripe make a Carnival weekend for you, call by this teeny weeny bar to soak up the Caribbean vibes without the crowds.

Jamaica Patty Co, Covent Garden
Rum cakes, plantain chips and ackee and saltfish are on the menu alongside the namesake patties at this recently launched hole-in-the-wall.

Jeff The Chef, Brixton
Our favourite of Brixton’s jerk chicken spots is this mobile food stall that can be reliably found on Brixton Station Road. With reggae playing from nearby establishments and no shortage of places to grab a drink, it’s a carnival in its own right.

Guanabana, Kentish Town
This fun-filled Caribbean restaurant is channelling the Carnival spirit and launching its new Jerk 3000 menu this weekend, an all-new recipe which it reckons is ‘the future of jerk chicken’. Jerk burgers, steaks and more are also available, all cooked over charcoal.

Rum Kitchen, Soho
The West End’s Rum Kitchen will be an altogether calmer affair than the Notting Hill original this weekend. Pop by for jerk chicken, ribs and rums without the bustle… albeit without that much spice either. Read our review from when it first launched.

Also see our selection of London’s Best Bars For Drinking Rum for a run-down of where to get in the Carnival spirit this weekend.

Top photo by dartar from the Londonist Flickr pool.