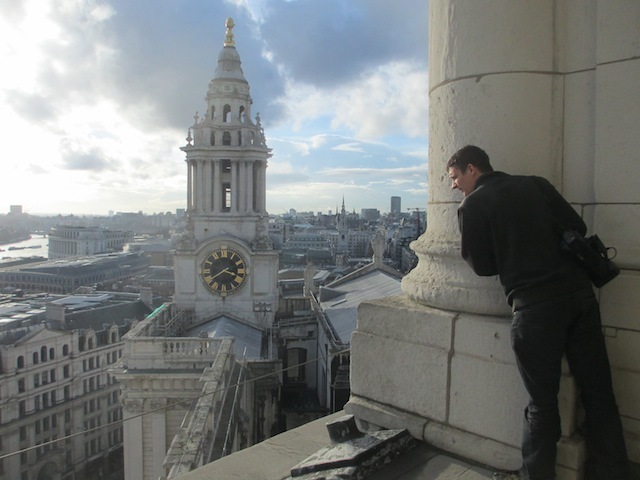 How do you fancy getting a behind-the-scenes tour of St Paul's Cathedral, taking in the parts of Christopher Wren's masterpiece that the public don't normally get to access?

That's the prize on offer in the Surprise St Paul's photography competition, which will also include a photography session guided by the Surveyor to the Fabric of the Cathedral, Oliver Caroe. Finally, you'll also win dinner for six at the Benihana Restaurant, Grange Hotel, opposite the great landmark.

All you have to do is take a shot of the outside of the church from some kind of unusual vantage. Perhaps you'll snap the dome as though it's floating in a beer glass. Maybe you'll capture the edifice reflected in your friend's sunglasses. Or perhaps you'll focus on one small feature that few people ever notice.

Entry is by social media only. Either tweet to @StPaulsLondon using hashtag #SurpriseStPauls, or use the same tag on the cathedral's Facebook page. All entries will be collated by the cathedral for public view on its Flickr account.

You have until the end of 26 September to enter. Full details can be found on St Paul's Cathedral's website.

To whet your appetite, see our behind-the-scenes video of the secret bits of St Paul's.