The Lost Lectures Become The Lost Circus For One Night Only 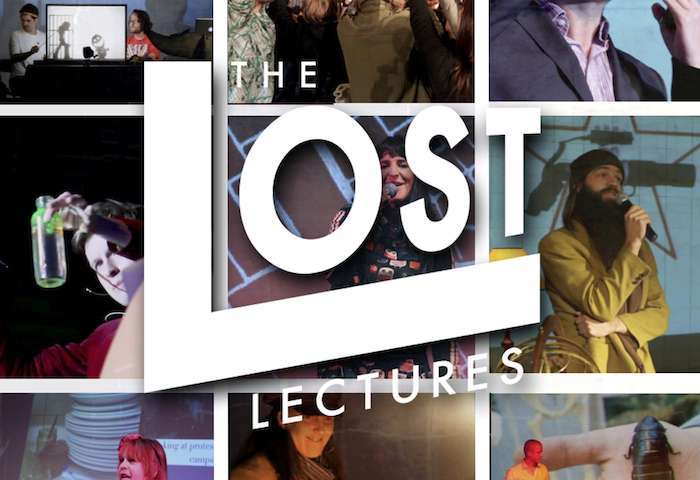 You there! At the back! Sit up and pay attention. The Lost Lectures are not the kind of talks you want to fall asleep in, trust us.

Like a Secret Cinema of spoken word or a TED talk on wheels, the Lectures are very much a moveable feast of peripatetic punditry which aim to entertain and edify in non-standard locations. Last weekend, they were at the Wilderness Festival and tomorrow night they are hosting a special "Lost Circus" at the London Wonderground's Speigeltent with an eclectic trio of orators.

Currently appearing at the Hippodrome Casino's Boom & Bang Circus, Jonny Woo is the alt-drag queen of choice for many cabaret cognoscenti. If glitz, glamour and the occasional pithy put-down are what you're after, Ru Paul is always there for you but with Woo, an entirely different game is afoot. Woo doesn't so much push the boundaries of trannydom as skip over them with gay abandon (pun intended). His rapping Mary Portas routine is as hilarious as it sounds and those lucky enough to catch his Gay Bingo nights will know what an eye-opening blend of burlesque, performance art, pyrotechnics and adult entertainment they were.

After graduating from Cambridge and Imperial College, scientist Greg Foot's media career started off on children's TV where he built a host of crazy inventions like an underwater canoe, a robotic horse and a jet engine bed driven by Top Gear's mystery racer, The Stig. He has since then presented BBC Three’s first ever science series The Secrets of Everything where he learned what humans taste like, whether it is physically possible to die of a broken heart, how to dig to Australia, and why a boomerang comes back.

Musican Anna Meredith will be rounding off the evening by speaking and playing something suitably bonkers as befits her experimental approach to her art. Past works have seen her combine sounds from traditional instruments, body parts and assorted electrical equipment like an MRI scanner. Her kooky sonics attracted the attention of the Moshi Moshi label who liked what they heard and signed her up. Classical, electronica and beatboxing have all been thrown into the blender at some point and what she will pull out of the bag tomorrow night is anyone's guess.

More information on Lost Circus can be found on the London Wonderground's official site.