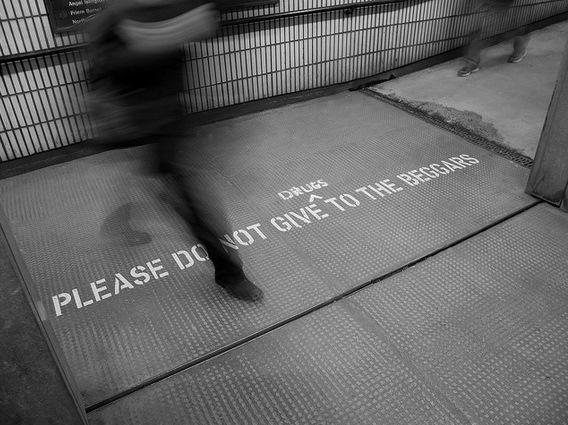 The Metropolitan Police and immigration officers will target the homeless in six London boroughs today to deter rough sleeping.

Operation Encompass, part of the Met-supported Safer London Partnership, will visit Southwark, Croydon, Westminster, Camden, Islington and Lambeth to arrest people found begging and issue Anti-Social Behaviour Orders. We're not convinced an ASBO will do much to deter someone in that position in the first place, but it's one of the initial steps required to criminalise rough sleepers.

Southwark was in the headlines earlier this year after so-called 'anti-homeless spikes' were found in a Southwark Bridge Road doorway. The Met are working with local authorities to reduce crime and anti-social behaviour associated with rough sleeping. Westminster council member Nickie Aiken said:

“The UK Border Agency already has the power to send home any EU nationals not exercising their EU Treaty rights. But the fact remains that the current legislative powers available do not go far enough and still allow some people to play the system and exploit a three-month window. We need tighter regulations.”

In July, we looked at the causes of rough sleeping, as homelessness charity St Mungo’s Broadway identified an increase in recorded reports of it.

Photo by Stephen Iliffe in the Londonist Flickr pool.