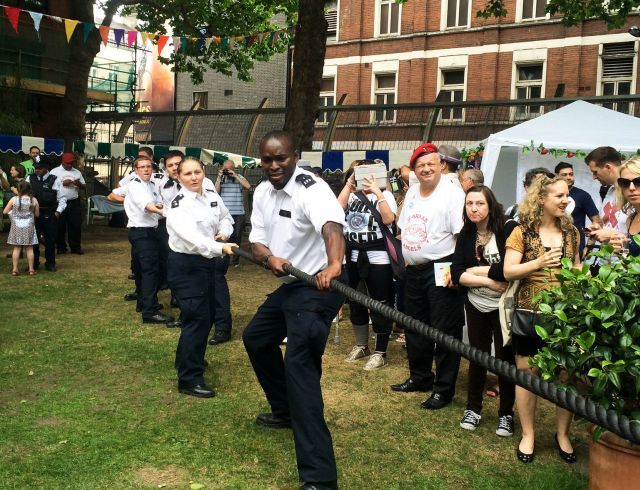 The Metropolitan Police is changing the way it recruits in an attempt to boost the ethnic diversity of the force.

From 1 August, new recruits will have to have lived in London for at least three of the six previous years. 60% of those joining up currently live outside the capital, and 10% of those are from non-white backgrounds. 40% of Londoners aren't white, and 30% of London-based new police recruits are from ethnic minority backgrounds.

The Macpherson report recommended the Met should have at least 25% of its officers from ethnic minorities by around 2010 (the Met's currently only at 11%). This isn't just about having a force that looks like London it's also, as put by Deputy Mayor for Policing and Crime Stephen Greenhalgh, about "cultural competence" — knowing the area and communities you're policing.

The idea that the police should know the issues of the city they're dealing with shouldn't be a radical one and we're glad this is being addressed. The elephant in the room though, is why 60% of new recruits aren't from London — and 50% of all officers live outside the capital. That elephant is housing. Earlier this month we saw that paramedics are leaving London, partly because the cost of living is too much. Salaries for paramedics in the capital range from £24,926 to £34,180; the starting salary for a constable in London is £22,221 plus £6,615 in pay 'and allowances'. If a paramedic can find it hard to live here, we can expect a new constable to struggle just as much while climbing up to the higher pay grades and ranks. We know we say this all the time, but London needs more genuinely affordable housing — for everyone, as well as key workers.

Police at the Soho Village Fete, by Dave McGowan from the Londonist Flickr pool