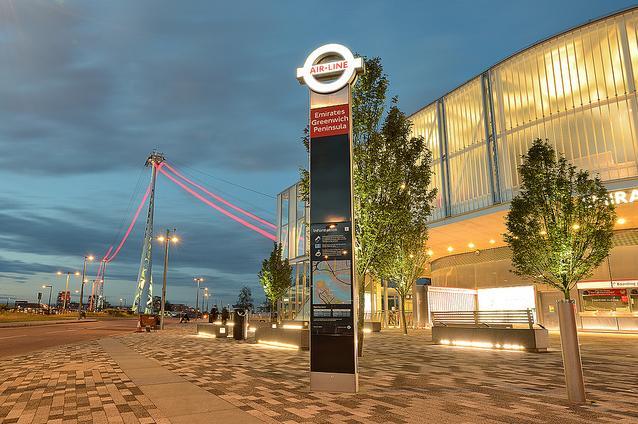 It's been a while since we checked in with the cable car and its much derided passenger numbers. With Monty Python in residence at the O2, we thought this would be as good a time as any.

For the week ending 5 July 2014, 30,273 passengers used the service (the ageing comics started their run on 1 July). For the same week in 2013 there were 40,923 passengers. Michael Buble played five dates that week — are his fans more likely to start their night out with an aerial trip across the river? (Nobody can end their night that way since it shuts at 9pm.)

In an interview with LBC last week the Mayor — while failing to remember how much a ticket is — insisted the cable car covers its operating costs, which may indicate things have tightened up since reports in February 2013 that it was losing £50k a week. Draft TfL accounts (PDF) for the last financial year says fare revenue fell slightly to £5m and there's still the build costs to take into account: Emirates' £36m sponsorship is being paid over 10 years and, with the exception of an EU grant of £8m, Transport for London stumped up the rest of the £60m cost itself.

Photo by Arpad Lukacs from the Londonist Flickr pool