Boris Johnson And The Persistent Denials 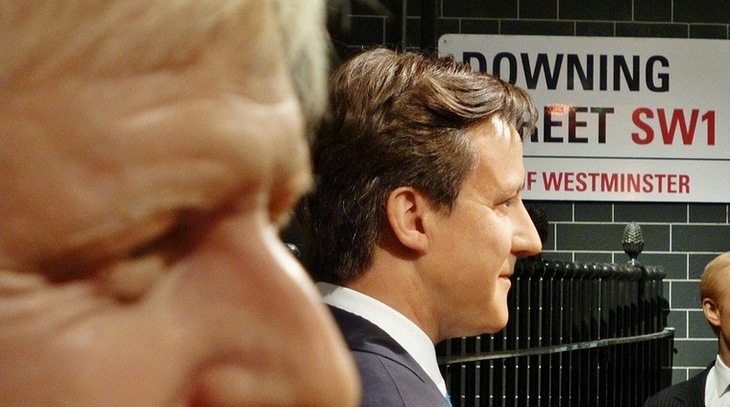 If there's one story about Boris Johnson that simply refuses to just lie down and die, it's the one about his return to Parliament. So we thought we'd take a look at the bewildering range of seats he could have had and jobs he could have done.

The MP for Uxbridge and South Ruislip will retire in 2015! Will Boris step up and take his seat? We're not sure because he apparently wasn't asked to comment.

Was Boris in the running for Conservative candidate for North West Hampshire? We don't think so, but Kit Malthouse got it anyway, which the mayor was pleased about:

"The Mayor is delighted at Kit Malthouse's selection as the Conservative candidate for North West Hampshire."

Or could he be 'parachuted' into a Hertfordshire seat? We think we'd like to see that. It would be a little like the Queen being parachuted into the Olympics.

How about Hornchurch and Upminster? The mayor's spokesperson commented on the speculation and rumour:

“The Mayor is focused on delivering for the whole of London. We don’t comment on speculation and rumour.”

Chancellor George Osborne and Prime Minister David Cameron are said to have 'pleaded' with Boris to stand as an MP in 2015. Boris denies it:

"They haven't actually made any such a plea to be perfectly honest."

Although Boris does have an unexpectedly close relationship with the PM, demonstrated by a duet of 'Gangnam Style' and exchanging daily texts. Cameron said:

Though he's not after Cameron's job:

"My chances of being PM are about as good as the chances of finding Elvis on Mars, or my being reincarnated as an olive."

His dad thinks he should be Tory leader:

“It just wouldn’t be reasonable if Boris somehow was not able to be a candidate.”

But Boris denies he has plans to run for leadership:

“I have no such plans. Ever, now, whenever.”

Well, that sounds pretty final, doesn't it? But he had already turned his back on Croydon South, despite Richard Ottaway's kind offer of his seat. And South Cambridgeshire. And Reigate, which he denied. Again.

We think he doth protest too much, and so does the recently-incarcerated Andy Coulson, who said Boris was 'desperate' to be PM but wouldn't oust Cameron:

“He would much prefer to see David fail miserably in the election and ride in on his bike to save party and country.”

He's fed up with being asked about it too:

“I think I am not alone in feeling I have read more about this subject than I can possibly stomach.”

Although Boris once admitted he'd quite like a crack at being PM, could it be that the blond one is aiming even higher, following the highly significant renewal of his US passport?

"When the going has got tough in England it has sometimes crossed my mind that I could yet activate the Schwarzenegger option and flee to the land of opportunity, perhaps beginning as a short-order chef in Miami before winding up as Colorado senator and, inevitably, president."

Back in the real world, the incumbent Louth and Horncastle, Sir Peter Tapsell, has apparently said he would let Boris have his seat. So did Zac Goldsmith (Richmond).

The Independent went for broke and listed what looks like nearly every safe seat in the country, including Mid Worcestershire, Buckingham, Kensington, Richmond Park, Mole Valley, Harrow East, and the mayor's former constituency of Henley. South Suffolk, however, was 'pure fantasy', and he's definitely not interested in Gloucestershire.

“It’s certainly lovely down here, but on the other hand I have a big job to do in London."

“The last thing I really want to do is endure another four years of boring meetings with TfL.”

Only another year or two to go, Boris.

Have we missed any out? Tell us in the comments.