Bailiffs And Arrears: The Effect Of Council Tax Benefit Cuts 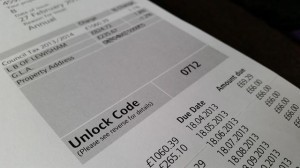 Nearly four in 10 Londoners who receive support with their council tax — 118,027 — were sent a court summons because of arrears in 2013/14, according to a new report from Child Poverty Action Group and Z2K. Of these, 15,944 cases were referred to bailiffs. What's worse is that each time a summons is issued or the bailiffs called in, the debtor gets charged and it adds to the total debt. Overall, £10m in court costs was charged to low income Londoners last year alone. (Some councils have been mitigating these costs; 78% of those summonsed have had to pay.)

Council tax benefit used to mean that, if you qualify, you don't have to pay some or all of your council tax bill. Before the changes 4.9m households in England claimed, with 80% not paying anything. In April 2013 the government moved responsibility for council tax benefit to local councils, but cut funding by 10%. How the boroughs reacted to this varies:

There's also an effect on councils. Collection rates across London have dropped to an average of 81%, compared to a national average of 97.4% in 2012/13. Boroughs are trying to work out how economical it is to collect relatively small sums, and even making deductions from other benefits would take longer than a year, while the cumulative arrears stack up.

And if you're not on low income, and not claiming council tax support? Well, if you live on your own you still could be affected: there's a suggestion from the Local Government Association to reduce the single person discount from 25% to 20% to help reduce councils' funding shortfall.