Watch A Summer Of Sport At Canary Wharf 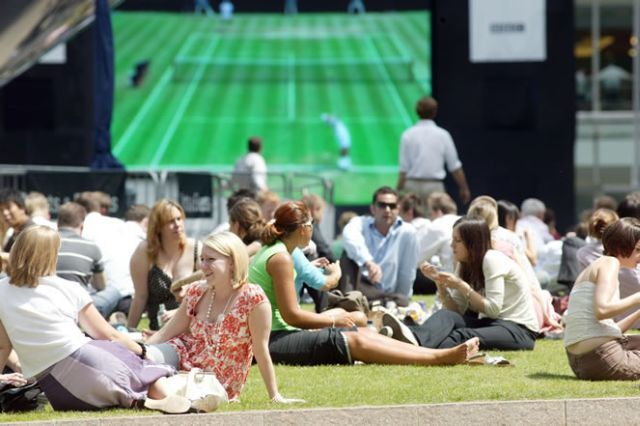 There are loads of outdoor cinema screenings this summer, but Canary Wharf does things a little differently and is showing sporting events on an outdoor big screen instead. All for free.

Things kick off (hoof off?) with Royal Ascot on 19 July, with the Austrian Grand Prix making up the opening weekend. Then it's Wimbledon from 23 June as Andy Murray tries to defend his title; the tennis finals come on the same weekend as the British Grand Prix (5/6 July). That's followed by the Scottish Open Golf Championship 10-13 July, and highlights of the British Open Golf Championship and the German Grand Prix on 18-20 July.

The Commonwealth Games in Glasgow takes pride of place 23 July-3 August, mixed in with the Hungarian Grand Prix on 25-27 July. And from 4 August you'll be able to follow the BBC's coverage of the anniversary of the start of World War One.

What you won't be able to see is the World Cup, but never mind: we've put together a list of places where you can can watch the football and support your team.