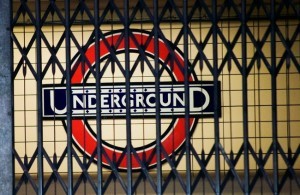 A dispute between London Underground (LU) and members of the Unite union could cause disruption during the Tour de France when it arrives in London on 7 July.

The union claims talks have broken down over 40 technicians based at the power control room in Blackfriars Road, which oversees power supply for the underground network. The dispute is around workers being tupe'd to other organisations then later coming back to LU, but with different conditions.

Unite say workers are now threatening to strike from 8pm on Tuesday 1 July to 8pm on Wednesday 9 July. The RMT and TSSA unions are said to be considering similar industrial action.

A previous tube strike planned for the May bank holiday was suspended pending further talks. We took a look at the reasons behind it.

Update: The BBC is now reporting this as a 24 hour strike from 8pm on Tuesday 1 July, with warnings of further strike action on 7 July. The RMT have asked members not to book in for shifts between 1 July and 9 July. LU say it believes there will be 'no visible impact' due to contingency plans.

Photo by CGP Grey in the Londonist Flickr pool.