Be Bowlered Over By The City Of London Festival 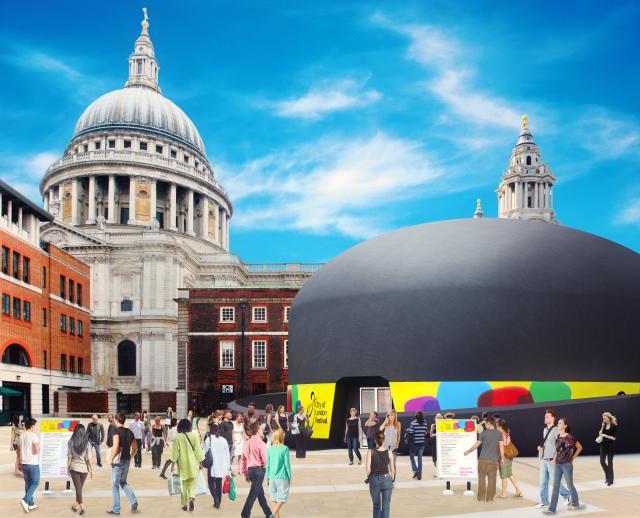 Anyone walking through Paternoster Square from next week is likely to be brought up short by the sight of a giant, inflatable bowler hat. What the Dickens is that? you might exclaim, because you are in the City and you are looking at a three-storey-high bowler hat. But don't worry, St Paul's hasn't been colonised by giants from the 1910s. It is, in fact, a pop up venue for the City of London Festival.

The Festival runs 22 June-17 July across the Square Mile and Canary Wharf. The Bowler Hat will host theatrical, cabaret and circus performances, Edinburgh previews from well known comedians as well as early evening debates on issues like who runs London and the human rights act. And while we're on the subject of bowlers, don't miss the free lecture at Barnard's Inn on 2 July about the history of this particular titfer.

There's classical music, jazz, dance (including another chance to catch a ballet for shopping trolleys, previously performed at Greenwich + Docklands International Festival), acrobatics, walks and events for children, many of which are outdoors and/or free. We also have to flag up the Beerfest on 3 July, featuring over a dozen breweries and live music, and a solo performance by Mark Farrelly as Quentin Crisp on 15 July (£15).

The City of London Festival runs 22 June-17 July at various venues around the City. For more information on events, prices and to book, see the festival website.