Where To Learn Mysterious Plucked Instruments In London 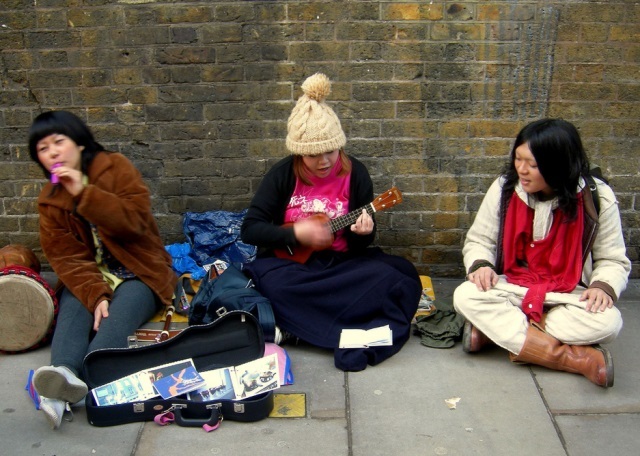 Londonist loves a good learn, and musical instruments are right up there with languages as far as getting your head around a new non-work skill is concerned. But why stick with a boring old piano or guitar when there are so many other crazy implements to make sound to scare the neighbours with?

Following our pointers on where to learn various types of drumming, different styles of singing and the best places to get your head around music programming, here we round up a selection of weird and wonderful plucked instruments that make the guitar look about as exciting as a cheese sandwich.

Note: the ukulele is too ubiquitous to include here. Whoever thought we'd end up saying that? Strange place, London.

India's most famous instrument, producing the music you'll hear on many a Bollywood soundtrack and between Virender Sehwag square cuts on TV. The sitar looks terrifyingly tough to the uninitiated, with seven main strings and a whole load of others used to add rhythmic effects.

For such a famed instrument it's no surprise there is a school devoted to it — the London Sitar Academy offers monthly lessons with teacher Dharambir Singh, typically of four hours in length. They welcome beginners and advanced pupils looking to displace Ravi Shankar at the top of the world sitar league.

An oud is a type of classical lute, played mostly in the Middle East and as part of Muslim ceremonies and celebrations around the world. With its neck bent back it's one of the stranger-looking instruments in our list, as you can see.

The instrument is pear-shaped, but your playing doesn't have to be with lessons at the Taqasim Music School in Leyton. They offer separate beginner, intermediate and advanced courses in the oud itself, and in the art of taqasim, a form of musical improvisation in the Middle East.

The cavaquinho is a small member of the European guitar family with four or eight strings, also known by various other names (machimbo, braguinha, cavaco and others). Gaio de Lima from Rio de Janeiro is a London-based teacher of the cavaquinho and other plucked instruments, who usually holds his classes in the Westbourne Rehearsal Studios in Kensal Town. He also gets folks together in a 'Roda de Choro', students and teachers playing together in a big circle, celebrating the joy of playing strange instruments.

A cavaquinho player is called a cavaquista. For a mid-article treat, here is an entertaining video of such a cavaquista named Eduardo.

The pipa is a style of lute most popular in China, where it has been played for well over 2,000 years according to people who know about that type of thing. If a movie has scenes set in China and the guy doing the soundtrack opens his box of stereotypical Chinese instruments, chances are you'll hear a pipa alongside the inevitable flute.

One of London's foremost pipa experts is the internationally renowned Cheng Yu (pictured right), who teaches in the Department of Music at the School of Oriental and African Studies when she's not globetrotting to perform a fine pipa set. She offers tutoring via the UK Chinese Ensemble, a dedicated professional Chinese music organisation who perform all over the UK.

Now here, we're sorry to say, London has let us down. These are a selection of the more popular plucked instruments played in Africa — pictured here is a ramkie, a southern African instrument most often constructed out of a metal can. We can't find anywhere in London that explicitly teaches the more unusual instruments from the African continent, so if you're a master in the art of the things listed here, drop your details in the comments below and expect a flood of eager pupils! 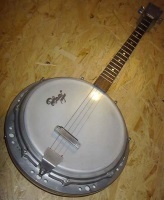 We feel a bit sorry for the good old banjo, supplanted as the anti-guitar instrument of choice by the rampant ukulele. It's up to us as Londoners to pull Dixieland's famous stringed instrument back into the hearts of everyday folk, without constant references to Deliverance. And one man who can definitely help us out with that is Banjo Smith, a 5-string banjo player who provides one-to-one tutoring in either Walthamstow or Tooting. Banjo (aka Dick) has played with the likes of Sid Griffin and Lisa Knapp, and if you know who they are you may just have found yourself a new banjo teacher.

Main image by AH McKay via the Londonist Flickr pool. All other images from Wikimedia Commons.