It’s been years since London’s favourite publisher, Penguin, was bought out by the Bertelsmann conglomerate and merged with Random House.

Headlines and blogs slog it out every week over whether books are dead yet, but London’s small publishers leave us in no doubt about the power of print.

Here are some of our favourites, including at least one recommended book that encapsulates what’s great about that publisher — a good place for curious readers to start. 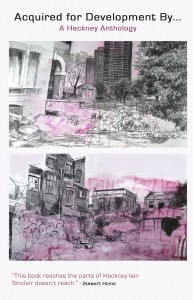 Founded in 2011 by a couple of old school friends from Kent, now Hackney-dwellers, Influx Press publishes books obsessed with places. Its books are all ‘site-specific’ — an anthology for Hackney, poems from London bus routes and the Docklands, psychedelic journeys on the marshes, short stories from withered seaside towns, essays on Birmingham, Canvey Island and ghost estates in Ireland all feature on its list. Pages of Hackney is probably the best place to find Influx books in E8. Further afield, get to know the publishers by reading Connecting Nothing with Something. Take this little book of stories out to the Kent coast this summer and discover new angles on the garden of England.

Ditto is a small press in Hackney specialising in colourful risograph-printed art books, founded by Ben Freeman and Lynsey Atkin in 2009. If you don’t know where to start, Pig’s Disco by Stuart Griffith is a blazing photo account of life as a soldier stationed in Northern Ireland in the early 90s. Though the subject is chaotic, the design and edit of the writing and photography give a clear picture. Head to 4 Benyon Road to find Ditto titles and see the latest exhibition. 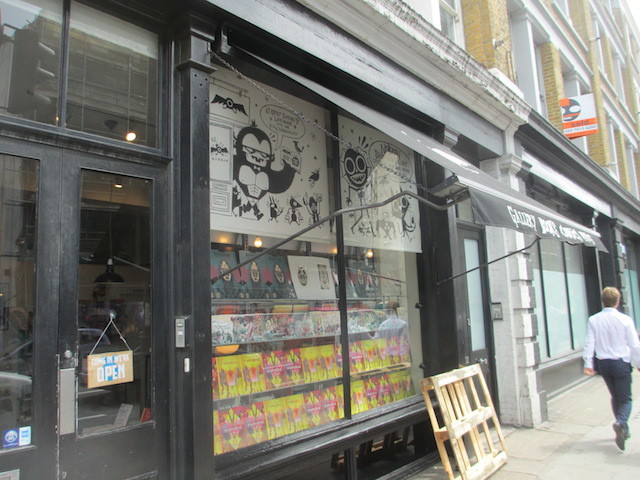 Since 2008, No Brow has published the best graphic art and illustration it could find. The choc-a-bloc shop on Great Eastern Street shows how successful its ambitions have become. Not sure where to start? Pick up the magazine - the latest, Issue 9 (£15), showcases work by 45 artists, all reflecting on how to show quietness or silence in illustration.

Mark Pilkington’s Strange Attractor Press started out by running events and lectures on overlooked, esoteric and ‘unpopular’ culture. Three years in, Pilkington began to publish the Strange Attractor Journal, and has since produced a large catalogue of books and CDs covering the occult, psychedelic experiences and forgotten treasures. Bookart Bookshop on Pitfield Street or Broadway Books near London Fields are both good stockists. Look for Journal Four (the most recent) to read articles on typical Strange Attractor-type curiosities: Chinese poisoning cults, Dali’s Atlantis, and the resurgence of Pan in Crouch End.

Visual Editions was founded four years ago by friends Anna Gerber and Britt Iverson. Cartography nerds might already know them from their 2013 work, Where You Are — a box of maps and stories by 16 authors, including Tao Lin, Geoff Dyer and Sheila Heti (check out its website now if the concept captures your imagination). The publisher also produced a brilliant edition of the already tricksy Tristram Shandy. For more examples of beautiful typography and book design by VE, head to Foyles on the Charing Cross Road.

From a small shop on Lamb’s Conduit Street, Nicola Beauman has revived and published out-of-print books since 1999 at her publishing house, Persephone. Most of the authors are women, most of the titles written before 1960, and its biggest hit was Miss Pettigrew Lives for a Day — quickly picked up for the film adaptation after Persephone published it. No better place to browse the books than the publishing house itself. Beauman recommends Little Boy Lost by Marghanita Laski if you haven’t read any Persephone titles before, a literary thriller set in post-war France.

A publisher that produces beautiful slim hardback editions of essays, Notting Hill Editions was established in 2008. The first book from the house was published three years later. Head to the West End to find a good selection of NHE books — Waterstones on Gower Street and Piccadilly, and Daunt in Marylebone are the best place to browse. If the last essay you enjoyed was George Orwell’s Why I Write, pick up Deborah Levy’s Things I Don’t Want to Know for a modern take on the same topic.

For beautiful art books on design, fashion and architecture, head to WORK Gallery and PaperWORK bookshop on Acton Street. It’s the main stockist in London for Black Dog Publishing. If you’re not sure where to start, Black Dog’s guides to London make lovely presents — you could also skim through the new photo book Made By Hand, that profiles a range of professional ‘makers’, from bladesmiths to stationers. The publisher has books about the work of Stanley Kubrick and Douglas Coupland coming up this summer — keep an eye on Black Dog’s Twitter feed (@BDPublishing) for news of book launches and exhibitions.

Charles Boyle’s CB Editions has been recognised by several literary awards, including the Forward Prize and the Saboteur awards (most recently). It has done so without the help of the Arts Council. Its books are easily recognisable by their parcel-paper-brown covers, splashed with sections or shapes in bright colours. Short story devotees should hunt down May Lan-Tan’s Things to Make and Break; you could also try Agota Kristof's novella The Notebook, which Eimear McBride reviewed favourably in the TLS. Foyles on Charing Cross Road has the best selection for browsing.

Eyewear is a relatively young London press, up and running for just two years, but in that time it has published many poetry collections. Simple colourful graphics illustrate the covers; the academic Dr Todd Swift picks the poets. Marion McCready’s Tree Language (out last April) has already gained plenty of praise, and Eyewear will also publish a book of SJ Fowler’s poetry later this year. Head to the London Review Bookshop to browse its titles.

Redstone Press, run by Julian Rothenstein, has been going since 1987 — easily the longest-running business in this feature. You might have already seen the light-hearted Art Rules!, Surrealist Games or Psychogames, but the cult product is the Redstone diary, now in its 28th year. Next year the theme is ‘the art of simplicity’, and among the usual pages of modern artwork, the diary also includes Patti Smith’s lettuce soup recipe (on sale on 1 June). 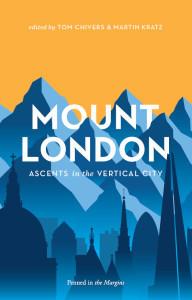 Penned in the Margins

Like Strange Attractor, Penned in the Margins started by running events and performances before it began to publish poetry and experimental prose in 2006. Now it regularly publishes leading young names in poetry such as Ross Sutherland and Claire Trevien. Adventures In Form is its bestseller — a must for anyone interested in how texts and Twitter updates affected poetry. Its 90 poems experiment with traditional methods such as collage, as well as playing with new poetic forms. Visit Rough Trade East or nearby Brick Lane Books to see what’s in stock.

Having compiled this list, east London seems to be a particular hotspot for publishing talent, from Penned in the Margins in the Toynbee Studios right up the A10 to Stoke Newington where Ditto Press operates. But publishing is organic to all the boroughs. Who’s your favourite indie publisher in London?