A selection of new books about the capital. All can be found in or ordered from your local independent book shop. 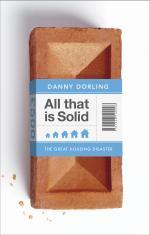 All That Is Solid, by Danny Dorling

If your rent is costing you a fortune, if you keep having to move because the landlord wants to put up the rent, if there's no way you can afford to buy a house because your rent is too expensive to save for a deposit and the prices are too high anyway, if you have managed to buy, if you own more than one property: you need to read this book. Although he covers the national housing situation, Dorling — a professor of geography at Oxford — has an awful lot to say about London's dysfunctional market, how we got here and what it might take to sort it out. But it's not the 'build more homes' discussion we've become used to hearing. As a country and a city, we have a lot of space available, it's just been appallingly distributed in an increasingly unequal system. What's the point, he asks, of building more homes if they'll just get bought up by the same wealthy few? When you've finished the book you'll probably call your landlord and scream "What the hell is wrong with you?" down the phone. 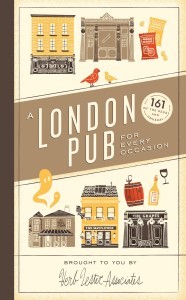 A London Pub For Every Occasion, by Herb Lester

Herb Lester is a small company rather than a person, a very lovely company that specialises in charming maps of London and other cities. This first foray into the world of books plays to strengths, with a fold-out map of 161 London pubs at the back. Inside the book, you'll find more details about the boozers. Unlike the many other good pub guides out there, entries are arranged by mood rather than area. So you can find a pub for 'When it's nice out', 'When you need a place to hide', 'For the Guinness' and 'If you must go to a gastropub'. As ever with Herb Lester, the writing manages to be well crafted, useful and entertaining all at the same time, and the numerous illustrations will charm your socks off. At just £10, this hardback costs less than the average round of drinks. 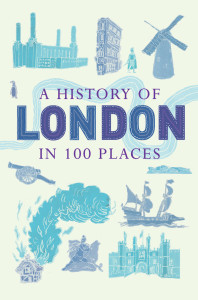 A History of London in 100 Places, by David Long

David Long deserves a lifetime achievement award for outstanding services in the field of disseminating superior London trivia. His latest volume on the capital has a self-explanatory title. We get a chronological history of the capital told through objects and locations from different periods. It begins with fragments of London Wall, setting the scene for Roman London, and progresses through to Boris Bike Docking Stations to represent our own times, before rounding off with the Counting House pub, which used to be a bank and, before that, a coffee house — built on Roman foundations, it brings the story full circle. The dedicated London explorer could get much enjoyment from travelling around town, reading the entries 'on location'. Although he's now written seven or eight titles about the capital, Long still manages to deploy fresh anecdotes with every page. You'll this man on your pub quiz team.

The Story of St Katharine's, by Christopher West

That charming watery bit to the side of the Tower turns out to have quite a history. Local historian (and Charles Dickens enthusiast) Christopher West relates its story, from a medieval hospital to a modern-day marina. His approach is somewhat unusual, focusing on the present as much as the past. Local history books don't normally include vignettes on some of the current residents, nor comments on estate management, but their inclusion here gives the book a refreshing slant. You'll certainly want to go and explore the dock some more after reading this, and there's a handy map of the area's many sculptures and plaques at the back to help.

Buy direct from the author. 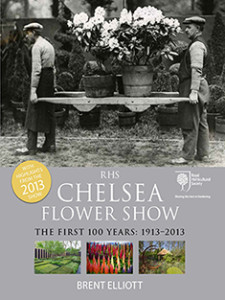 This hefty book has just been updated and re-released in paperback to coincide with this year's Chelsea Flower Show. As is apparent from the title, it casts a look at the show's past century. Indeed, it goes further, with a fascinating chapter on the festival's precursors, one as early as 1827. The book is richly illustrated throughout, including shots of winning garden designs, royal visits and a 1950's remote-controlled lawnmower (it'll catch on one day). It also includes numerous first-person sections in which previous exhibitors discuss 'my Chelsea'. A blooming good retrospective for anyone who loves the manicured great outdoors.

Buy direct from the RHS.

The Wapping Project On Paper, by Imogen Eveson

It's hard to manhandle this vast tome without formulating a 'whopping' pun. It weighs 2.4 kg, for pity's sake. But if your wrists are up to the challenge, there are real treasures within. For those who haven't had the pleasure, the Wapping Project was a community arts-venue-cum-restaurant housed inside an old hydraulic power station in Wapping. Since it opened in the late '70s, it's housed numerous important art commissions. The book documents these installations, but also provides plenty of history about the unique building and the arts collectives who made it their home. The Project recently closed under much debated circumstances, but lives on in the Wapping Project Bankside. This book is a timely reminder of the many wonderful things that filled the old power station over the last few decades. 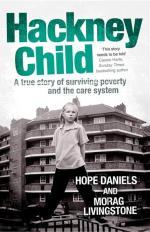 When she was nine years old, Hope Daniels marched into Stoke Newington police station with her little brothers and asked to be taken into care. The book dips in and out of incidents in Hope's life with her alcoholic parents and her experiences in the care system, interspersed with the social services files about her life she was allowed access to when she was 18. But this is more than just another misery-lit memoir. Yes, there are parts that are wince-makingly grim, and more than one section nearly made us burst into tears in public, but in general the story is told with a wry semi-smile and the knowledge that everything, in the end, worked out. Essential reading for getting under the skin of a way of life most of us are fortunate enough never to have to live.

Next month: Zeppelin Nights by Jerry White, Swimming London by Jenny Landreth, The Temples of London by Roger Williams, and more.