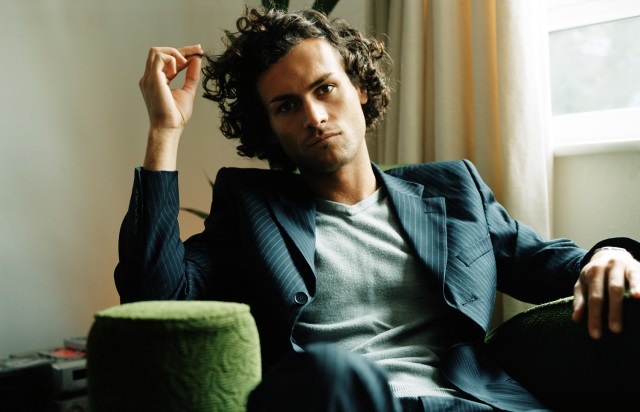 Opera is not all about the fat ladies, it turns out. At the Kings Place cultural performance venue in Kings Cross this summer, Toni Castells will lay out his Life from Light project with an aim to show opera in all its strange and bold glory. There will be boobs. Bear with us.

Although composer Castells is from Barcelona, he's lived in London since 2000 and it's hard to imagine anyone burying themselves into the life of the city more. Castells has immersed himself in the London underground music scene, absorbing influences from the worlds of contemporary art, dance (the music and the action), pop, classical and of course opera in its standard form. Since moving to London he's been involved in various artistic and philanthropic projects, such as 2009's Love in the Sky, where collaborative works from a collection of artists were auctioned off to raise money for Coram, the charity for underprivileged children.

The result of Castells' London immersion is Life from Light, a unique live experience that combines operatic performance with multiple musical genres, based upon tracks from his 'Creation' album of 2011. The name of the project is taken from the first episode of the BBC's How to Grow a Planet documentary series from a couple of years ago. Life from Light explores the increasingly complex relationship between humans and Earth, the challenges of a changing climate, the development of 'playing God' science and the fluidity of spirituality and sexuality. All in the space of an hour, so time's pretty certain to zip by.

And boobs? Yes, one of the tracks within Life from Light is named Fake Boobs, and you can hear it below.

We apologise to those of you expecting something else from that video, but don't worry, the internet is a big place. That said, Life from Light is believed to contain a certain amount of adult content and viewer discretion is advised, as they say.

Given this is a London-based Spaniard making ostensibly Italian music, it's a mark of how diverse Castells influences are that Life from Light has clear parallels with Scandinavian music such as Sigur Ros, as the blurb for the event itself acknowledges. Kings Place may well therefore be a tad bewildering for the two evenings of the show, on 7 and 8 August, but more than worth the slim £7.50 entry fee.

Life from Light is part of the Tête à Tête opera festival taking place across three weeks of the summer, which we will be previewing in full a little closer to the event.

Life from Light will be performed at Kings Place on 7 and 8 August. Tickets are available from the Kings Place website. Image courtesy of event organisers.