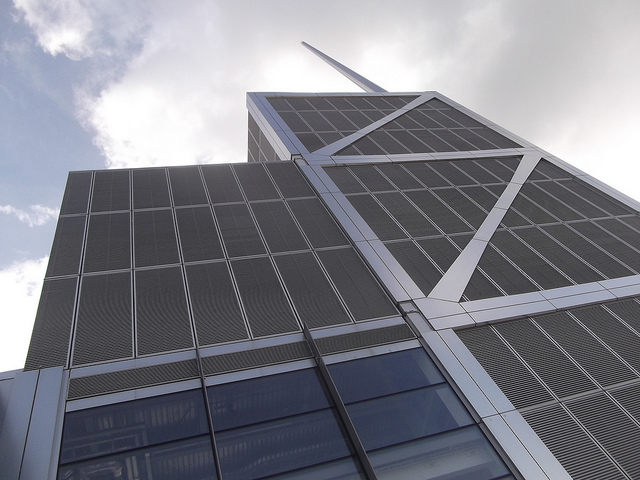 The City of London's tallest building, the Heron Tower, is to be renamed Salesforce Tower London, to the delight of absolutely nobody.

SF-based cloud computing company Salesforce.com is the tower's biggest tenant. As part of an expansion into new floors, it seems to have negotiated the power to rebrand the whole building. The company is growing in the UK, and hopes to open a new data centre in the next year.

The extraordinarily snoresome new name is sure to be unpopular with Londoners. But the tower's other residents are also raising eyebrows. According to The Times, tenant company Powa Technologies — which works in the same sector as Salesforce — is consulting lawyers in a bid to prevent the name change.

Outside business circles, the tower is perhaps best known as home to SushiSamba and Duck & Waffle, two of London's highest restaurants.

As one commenter on City AM's piece notes, this bland rebranding by a US company can be seen as retaliation for our own Willis Group's takeover and renaming of Chicago's Sears Tower to the Willis Tower.

The name change will have one minor advantage. The City of London currently contains two buildings called 'Heron', with a third under development. Salesforce Tower London might not be the most exciting name, but at least it's unique. For now.