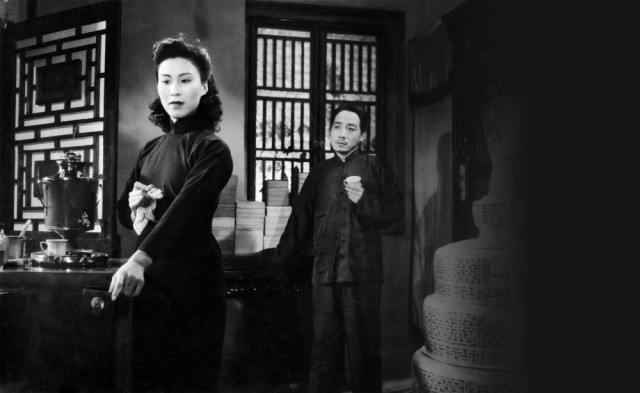 While most modern cinephiles will be familiar with the likes of Wong Kar Wai’s swoon-inducing In the Mood For Love and the perennial wuxia epics of recent Chinese cinema, June’s focus on the Golden Age of the 30s and 40s is the perfect opportunity to seek out older features not readily available in the public domain. The centrepiece event of the June season is a restored version of Fei Mu’s Spring In A Small Town, recently voted the greatest Chinese film ever made by the Hong Kong Film Awards Association. Its subtle, intelligent examination of a wilted marriage thrown into disarray by the arrival of an old friend is sure to find many an appreciative fan.

The focus of Chinese cinema was to change dramatically, however, with the victory of the Chinese Communist Party in 1949. The BFI’s ‘A New China’ strand will showcase some of the period’s more remarkable screen reactions to this time of upheaval. One of the most prominent figures from this era is Xie Jin, whose Red Detachment of Women and Two Stage Sisters will be showing. Both films look back at China’s legacy before the Communist Party rose to power. In the former, a young woman is recruited by a handsome communist spy and joins an all-female troupe in a battle against their Nationalist enemies. In the latter, two opera singers in 40's Shanghai engage in a bitter rivalry of Joan Crawford/Bette Davis proportions over the future of their country. With further strands in the season to come, including a look at the rise of wuxia and gangster films in July, this looks to be a vibrant introduction to early Chinese cinema.

BFI Southbank’s ‘Electric Shadows’ season will run from 1 June to 7 October and tickets for its June programme are available on its official website.