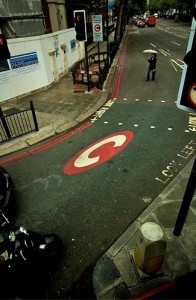 London's Congestion Charge will increase from £10 per day to £11.50 on 16 June, Transport for London (TfL) revealed on Wednesday.

From October 2015, anyone using Auto Pay will also be able to set up direct debit payments instead of using a credit or debit card, while those eligible for discounts, such as blue badge holders, will be able to apply for their discounts online. Auto Pay appears to be TfL's preferred method of payment —TfL’s Chief Operating Officer for Surface Transport, Garrett Emmerson said in a press release:

TfL also notes that since its inception in 2003, the CC has raised '£1.2 billion of revenue which has been re-invested in transport, including £960m on improvements to the bus network, £102m on roads and bridges, £70m on road safety, £51m on local transport/borough plans and £36m on sustainable transport and the environment.'

In February, we took a look at the possibility of an Ultra Low Emission Zone (ULEZ) which could replace the existing CC and LEZ.

You can see the results of the consultation here. We look forward to Boris Johnson's intermittent pleas to the various embassies in London who refuse to pay the Congestion Charge.

Photo by Massimo Usai in the Londonist Flickr pool.