Elephant Man: Banksy The Room In The Elephant 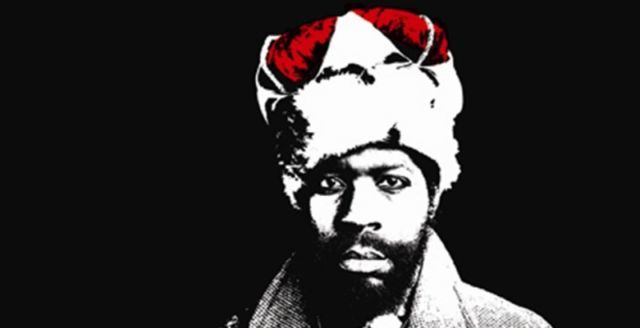 If this play demonstrates anything it’s that in the art world dog eats dog and nobody really enjoys their dinner.

Two years ago the artist Banksy spotted an abandoned water tank the size of a bus on a Los Angeles county hillside and, although this wouldn’t have been the work of a moment, graffiti’d it with ‘This looks a bit like an Elephant’. Which it did. Nice joke, nice take on the famous ‘Hollywood’ sign.

What he might not then have known is that the tank was a fully-furnished home to sometime street performer Tachowa Covington or, that instantly it became public it was Banksy 'what done it', an LA media firm called Mint Currency would buy the tank from the city and move it to secure storage hoping to re-sell it as a work of art. Banksy refused to authenticate his handiwork, and without his endorsement the item's value, er, tanked.

Instead, Banksy empathised with tank-dweller Covington and gave him money enough to rent an apartment for a year. Now that and the money from the five-year documentary which followed him around is gone, Covington has returned to his hillside overlooking the Pacific and pitched a tent.

Rather than just documenting the event in a play, Tom Wainwright's thoughtful new piece at the Arcola asks many layered questions. Who was the artist — Banksy for simply lettering the outside, or Covington for his eclectic hand-made interior? Did Banksy already know about the tank resident from the documentary fragments posted on YouTube? Who exploits whom, and who then gets the credit: one of the nicest sequences in the play is how Gary Beadle as ‘Titus Coventry’ spins his attitude to Banksy from accusative to almost reverentially affectionate. The staging is a one-hour solo for the totally engaged and credible acting of ex-EastEnders Beadle, followed after an interval by the documentary film.

Although the documentary by Dallas photographer Hal Samples is more moving — showing homeless-again Covington a clip of someone acting out his story at the Edinburgh Fringe is surreal — it feels coldly separate. We wondered if a more exciting evening might be achieved by intercutting the two and extending with more stage characters, the most interesting of which would be the partners in the media agency plotting the heist and reeling from Banksy’s refusal to collaborate.

Saturday’s audience was a sellout — we’re sure a word used widely in this whole issue — mostly by hip young art types lured by the Banksy name. A must, then, for the V-neck and Vans brigade.

Banksy — The Room In The Elephant continues at the Arcola Theatre, 24 Ashwin Street, Dalston until 26 April Mon-Fri at 8pm, Saturdays at 3 and 8pm. Tickets from £10 but check theatre website for a variety of offers and details. We saw this play on tickets provided by Chloe Nelkin Consulting PR.