Banksy Street Art On Display Prior To Auction 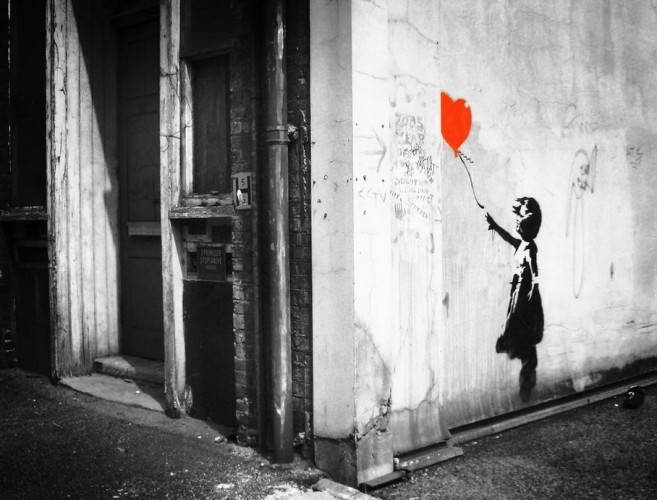 Eight works by reticent street artist Banksy will go on display until Sunday at Me London on Aldwych before being sent to auction at Bonhams.

Stealing Banksy? is being run by the Sincura Group, who have faced criticism after 'sensitively salvaging' the artworks from the buildings on which the pieces they had been stenciled. 'No Ball Games' was removed last summer from a shop in Tottenham, and 'Slave Labour' was previously sold for £750,000 after being taken from a wall in Wood Green. Sincura describes the project as 'exploring the social, legal and moral issues surrounding the sale of street art'. The estimated value (despite the lack of authentication) of seven of the works has been highlighted by the BBC:

Sincura is at pains to point out in its brochure that it is not stealing the artworks and encourages buyers to make donations to charities in the communities where the works were originally painted:

"The Sincura Group do not steal art nor do we condone any acts of wanted [sic] vandalism or theft. We do not own the pieces of art, nor encourage their removal and to date have made no financial gain from the sales of street art. If assigned to manage a piece of art we ensure the salvage, restoration and sale is carried out in a professional and sympathetic manner."

The exhibition will take place over four days between 24 and 27 April 2014 at the Me London Hotel on The Strand. Tickets are £17.50 per person (itself daylight robbery, although the price includes a 'Banksy newspaper' and charity donation) and available by clicking here.

Photo by Stew Dean in the Londonist Flickr Pool.