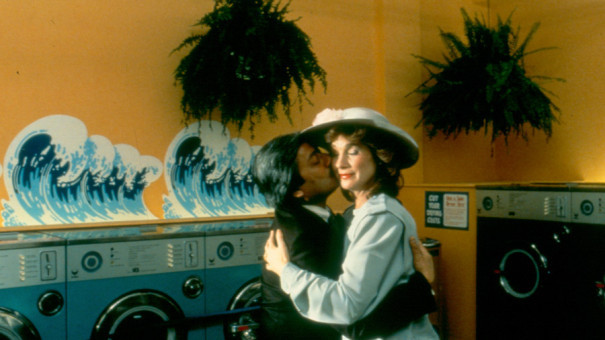 The British Library might not be the first place that comes to mind when you think of film resources, but of course its archives have long served storytellers the world over. This March sees the third annual Spring Festival, celebrating fashion, film and design.

Although perhaps best known for his seminal novel The Buddha of Suburbia, Hanif Kureishi’s participation in the film industry is well documented and, with the British Library’s acquisition of his personal archive, this is a perfect time to celebrate that. Beginning with a screening of gay classic My Beautiful Launderette, which was scripted by Kureishi, audience members will have the opportunity to examine a selection of items from his personal archive, before joining him in conversation with novelist Rachel Holmes and watching Le Week-End, a spikier and more watchful comedy than you might think from its soft-focus ad campaign.

From recent acquisitions to the British Library’s older archives, the Spring Festival demonstrates the wealth of information accessible at one of the city’s most beloved institutions. Delving into the Library’s collection of vintage magazines, fashion historian Amber Jane Butchart and creator of the excellent Clothes On Film Christopher Laverty, will look at fashion on the silver screen during the Jazz Age, in addition to the ‘dandy gangster’ aesthetic on HBO’s Boardwalk Empire.

The festival will also be welcoming BAFTA-winning screenwriter Tony Grisoni (Fear and Loathing in Las Vegas), art department researcher Celia Barnett (Gosford Park) and production designer Tony Noble (Moon) to a Q&A moderated by Cinema Jam founder Jared Fryer, demonstrating how the British Library’s extensive resources across all forms of media can be utilised by aspiring screenwriters and filmmakers, either for inspiration or extensive research. A relatively small festival, it nonetheless showcases just how much the British Library offers to those willing to do a little digging.

The Spring Festival takes place from 27-31 March and tickets can be purchased from the official website.