A selection of recent London novels crossing our literary radar.

Whatever Happened To Billy Parks by Gareth R Roberts 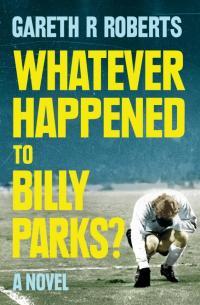 West Ham and Spurs legend Billy Parks was on the bench that fateful night in English football history: 17 October 1973, when all England needed to do was beat Poland to qualify for the World Cup. It ended in a 1-1 draw. 88th minute substitute Kevin Hector had a header cleared off the line and now, decades later, The Service and a group of footballing immortals want to send Billy back in time, to take Hector's place and score that vital goal.

Much like another recent London-set football novel, Robert Hudson's The Kilburn Social Club, Whatever Happened to Billy Parks uses the beautiful game as a framing device around which to look at fragile humanity and relationships, and the effect football can have on a life. Billy's playing career is set during the heyday of the 1960s and 70s and the book offers a brutal comparison between his former world of booze and birds and his old age, crippled by alcoholism and estranged family. But there's light and laughs among the dark, and Roberts writes this most macho of worlds with a very 21st century perspective and deftness of touch.

Published by The Friday Project. 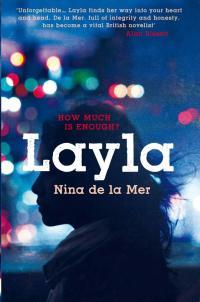 Nina de la Mer's second novel drops you right into the heart of Soho's lap dancing scene. The opening paragraphs describe 19 year old Hayleigh (or her work name, Layla) on stage, poledancing for a bunch of punters on the day shift, in a second-person narrative so immersive you can practically smell the baby oil. We then follow Hayleigh over one week as she navigates rock bottom and tries to figure out how to pick herself back up.

It's not a pleasant take on the lap dancing industry but it isn't just a disapproving, po-faced author's imaginings. de la Mer's done her research and spoken to people who work in the various sides: dancers, managers, bouncers and customers. There's the odd bit of feminist and power dynamics theory that doesn't sit quite right in the mouth of this hedonistic teen, especially one trying to suppress all the things that have brought her to this point in her life. But minor niggles are forgotten as you're swept along by the vivacity and personality of the incident-prone protagonist, with a voice that'll stick in your head after you've finished reading.

No Regrets by Bernard O'Keeffe 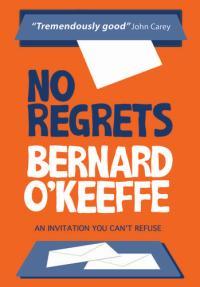 On New Year's Eve, Rick is challenged to accept every invitation that comes his way for the next year, to shake off the boring complacency that's perhaps why his wife left him. If it sounds familiar then yes, the concept is similar to Danny Wallace's Yes Man; but No Regrets still stands on its own.

Rick joins a Richmond Park jogging group, has kinky sex with a neighbour and various run-ins around west London with his wife's new lover; all while dealing with his grumpy university-age kids, prurient best friend and the nagging undercurrent that there was more to a recent friend's death than initially seemed. No Regrets is a light-hearted romp with some genuine chuckles that we whipped through on a couple of train journeys. One to give self publishing a good name.

Note: where available, links lead to the publisher’s website or find one of London’s many independent bookshops.