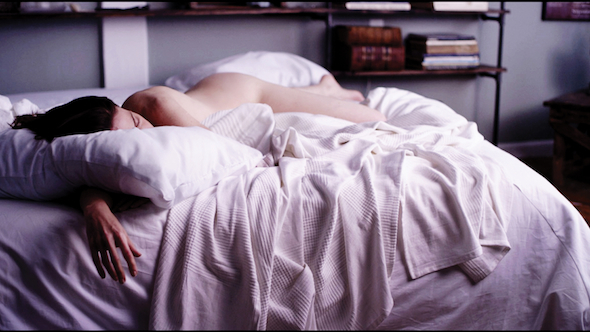 This year’s London LGBT Film Festival arrives with a new name, BFI Flare, and one hopes it will be every bit as exciting a roster of LGBT-themed films as in previous years.

As ever, there’s a mixture of high-profile features, films that have been popping up on the festival circuit for a few months, amid smaller gems, so it’s always worth experimenting. The festival opens with Hong Khaou’s Lilting. Ben Whishaw plays Richard who, after the death of his boyfriend, meets his mother, an un-assimilated Cambodian woman living in London.

American independent cinema is well represented this year, with Kyle Patrick Alvarez’s David Sedaris adaptation C.O.G., in which Jonathan Groff’s David jacks in real life to go work on an orchard in Oregon. It's been receiving positive notices since it premiered at Sundance last year. Another Sundance success, Stacie Passon’s Concussion, makes it over to these shores. Robin Weigart plays a gay woman who, after receiving a bump on the head, enters a journey of sexual awakening when she becomes a prostitute, aided by paying client Maggie Siff (Rachel Katz in Mad Men).

It comes as little surprise that this year’s festival features a number of documentaries touching on gay rights issues around the world, from the bluntly effective Bridegroom, which takes the inequality of legal rights in the US as its focus point, to The Abominable Crime, looking at gay lives under threat in Nigeria and Jamaica, and Born This Way, which explores LGBT living in Cameroon.

Those looking for something lighter will also find plenty on offer. Although opinion is sure to be divided on whether The Lost Boys and Fright Night have a credible place under the LGBT banner, there’s no doubting that a rare screening of camp classic A Nightmare On Elm Street II is certainly worth investigating for fans of joyously bad cinema.

BFI Flare runs 20-30 March at BFI Southbank and venues across London.  Tickets can be purchased from the official website from Monday 3 March.