So, What's Happening With The Pinnacle Skyscraper?

By M@ Last edited 104 months ago
M@ So, What's Happening With The Pinnacle Skyscraper?

Had things gone to plan, the City of London's tallest building — The Pinnacle, also known as the Helter Skelter — would be looking something like this right now: 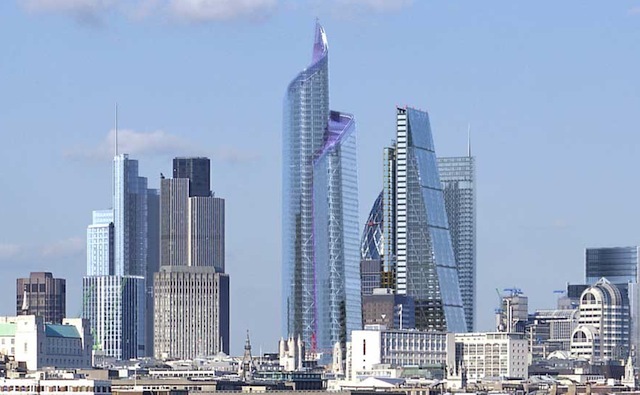 Instead, the Bishopsgate tower remains a stump, little bigger than when the shot below was taken in 2011.


So what happened? And will it ever get built?

Construction of the behemoth began in 2008, coinciding with the start of the credit crunch and a long period of economic woe (you might just remember). The project was always under financial pressure and stalled completely in March 2012 through lack of funds and interest from potential inhabitants (termed pre-lets).

Things went quiet. Then reports circulated that the building was being redesigned. Perhaps it would lose its distinctive shape, or be reduced in height. New plans might even call for the existing seven-storey concrete core to be demolished and rebuilt.

Towards the end of 2013, more details emerged. The project's architect and developer had agreed to a major design review that would cut costs by radically altering the floor-plates. Fans of the scheme's helter-skelter shape were relieved to find the exterior would be largely left alone, a decision that also reduced the need for fresh planning permissions.

Now, further details are out. The current owners, Sedco, Wafra and Arab Investments, plan to sell most of the freehold for £220 million to an investor willing to build the redesigned scheme speculatively (that is, going ahead without first finding commercial tenants). Agent CBRE is hopeful a deal can be announced in March, with building work resuming by the end of the year, and completion by the end of 2017. The optimism is driven by an improving economy and (believe it or not) a growing shortage of suitable office space in the financial centre.

What would this tower mean for Londoners? The new plans suggest that it could have a public viewing gallery on the upper floors — always a bonus, although it would be competing with similar views from the nearby Shard and, soon, the Walkie Talkie. As things currently stand, a new 288m building would mean that London could boast the first (Shard) and second (Pinnacle) tallest skyscrapers in the European Union, although Paris is working on several schemes that might take the crown. As its name suggests, The Pinnacle would also serve as a visual high point, uniting the mish-mash cluster of new towers in the Square Mile into something surely more harmonious.

Much, much more detail over at Estates Gazette.