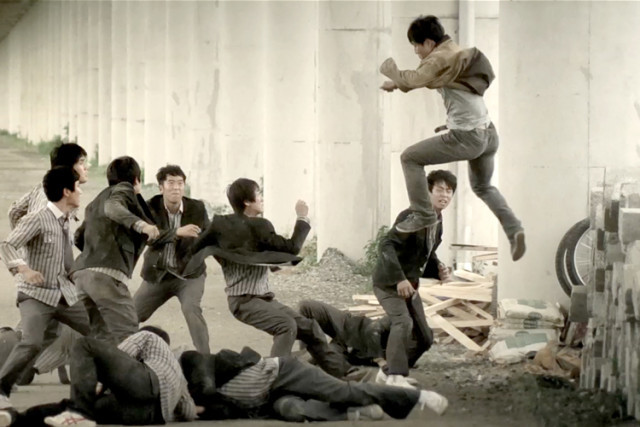 This Thursday, the London Korean Film Festival returns for its eighth year, highlighting the latest in Korean cinema and a full slate of retrospectives over its two week duration. While Korean culture is unlikely to experience quite the boom it did in 2012 when, between the explosion of Gangnam Style and Kim Ki-duk’s win at the Venice Film Festival it was pretty much inescapable, its draw to foreign audiences is undeniable.

The festival opens with the European premiere of Hide and Seek, a debut film from director Huh Jong that was a surprise hit when it opened in South Korea this August, in spite of its lack of high profile stars. It’s a creepy-sounding mystery in which two families begin to suspect, after the unexplained disappearance of one of the fathers, that strangers are living in their house with them. The Opening Gala will be presented by the film’s director and leading man, Son Hyun-joo.

Also taking part in the festival will be several leading figures of contemporary Korean cinema, including Kang-woo Suk, who will be here presenting a Q&A after a screening of his popular cop thriller Public Enemy, along with several choices from his back catalogue. Likely to receive even more attention is Kim Jee-woon, director of genre classic A Tale of Two Sisters, here to present a program of his favourite short films.

Another familiar face to Western audiences is Youn YuhJung, star of The Housemaid, who will present the Closing Night Gala, in which she also stars, Boomerang Family, about a mother whose life is turned upside down by the return to the family home of her three adult children. It’s a comprehensive roster, running the gamut from martial arts to contemplative drama.