Fancy A December Dip In The Unheated Parliament Hill Lido? 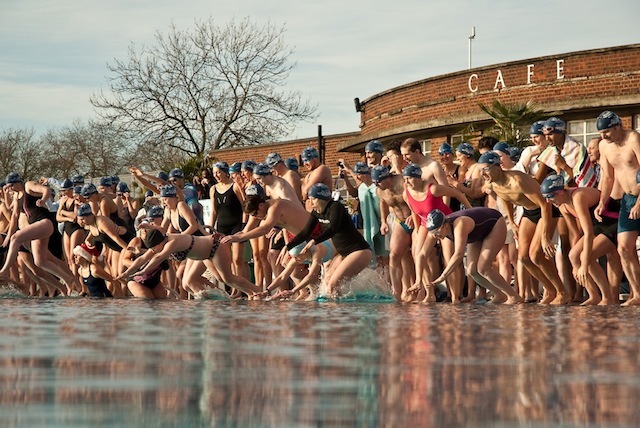 Do you have what it takes to plunge into the numbing waters of Parliament Hill Lido in the winter? At one previous event, the pool was a nipple-hardening 0.1ºC. By way of bribe, organisers will dole out 'fabulously festive ‘December Dip’ swimming hat, with delicious hot drinks, warm snacks including mince pies and stollen, and a sneaky warming tipple' after the biting immersion. Musical accompaniment will come from the North London Brass Band, who should surely rename themselves the Brass Monkeys for the occasion.

You can swim either two widths (56m) or two lengths (120m), depending on your tolerance to such temperatures. Plus there's a prize for the most imaginative swimming costume. We'd recommend wearing a boat.

Tickets can be bought in advance here for £15, with spectator donations of £1 on the door. Or you can join the hardy souls who routinely swim in the lido on any other day for much less money...but they don't have mince pies, nor the unique atmosphere of 400 people simultaneously shouting 'F*ck' 'Shit' 'Arghhh'.