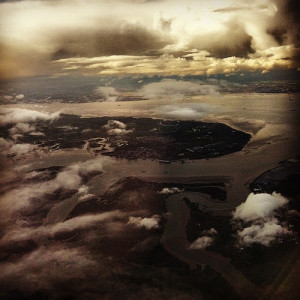 Plans for a six-runway airport in the Thames Estuary will be revealed today. If you're wondering why this sounds a bit familiar, that's because plans were also unveiled two years ago.

The proposed airport formerly known as Boris Island now has a new name — London Britannia Airport — presumably to match all the other London-monikered airports. It was one of three proposals outlined earlier this year.

It's unlikely to be any more popular than the previous iterations and Boris Johnson's increasing insistence that the south east is desperately in need of more airport capacity has brought some unusual suggestions. In July, the mayor proposed demolishing Heathrow and replacing it with a garden city or a new royal borough.

A further spanner in the works has come in the shape of a £4.4bn gas deal between Centrica and Qatargas which would involve three million tonnes of liquefied natural gas being stored on the Isle of Grain, one of the previously-proposed sites for an estuary airport.

Photo by Ania Mendrek in the Londonist Flickr pool.