Changing London: Debate New Ideas For The Next Mayor

By Londonist Last edited 75 months ago
Londonist Changing London: Debate New Ideas For The Next Mayor 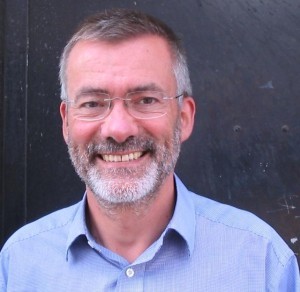 David Robinson introduces a new idea to get Londoners shaping what we want the city to be.

Two and a half years from the next Mayoral election and already the idle speculation has begun – will Labour put forward David Lammy, or Sadiq Khan, or Tessa Jowell? Will Boris run again?

But beyond the political anoraks this personality contest doesn’t excite. Where I live and work in east London and across our city we care first and foremost about what the next Mayor will do, not who they are.

I know that Londoners are buzzing with good ideas but those standing for election prefer to present a take-it-or-leave-it package handed down from central office, in the frenzied election period leading up to the vote.

That’s why – 30 months before we go to the polls – I’ve launched a new site Changing London, to generate and debate publicly great ideas from Londoners and our friends, and learn the best lessons from cities abroad. Please join in and share your ideas.

After six months we will collate these ideas and use them – together – to influence the platforms of the candidates and ultimately the mayoralty. Thinking anew, not only about the direct responsibilities of the Mayor but also about exploiting the powers of influence – the voice, the visibility and the unique capacity to convene that comes with the office.

The London Mayor holds the UK’s biggest directly elected mandate and London is a blessed and gifted city; we should expect, from our leaders, an ambition to match. To take just one example of many, look at Bogota where former Mayor Antanas Mockus persuaded 63,000 citizens to voluntarily pay 10% extra tax, and halved traffic deaths on his city’s notoriously dangerous streets.

What would similar ambition in London look like? Maybe we could decide to become the greatest place on earth to raise a child.

Streets account for 80% of our public spaces but don’t feel very public to our children. Perhaps a quarter could be designated playstreets, free from traffic every weekend, reclaiming them for the social interaction and outdoor play that has almost entirely disappeared from many neighbourhoods.

Attacking child poverty would have to be a priority; employers would need to step up as 600,000 workers here are paid below the Living Wage. A London Child Trust Fund – modelled on San Franciso’s or the cancelled UK scheme – could give every newborn Londoner a bank account and a £100 deposit enabling parents to save for their children’s future.

Tourists complain that we aren’t child friendly. What could our restaurants, our transport system, our tourist destinations do to change that? The ideas tumble out when you begin to talk about the possibilities.

Jamie Audsley, a former teacher and community organiser, starts tackling this theme on the site today. Let us know whether you agree with him. Meanwhile Neal Lawson, chair of Compass, lays out the scale of the challenge facing London’s next Mayor. And coach Linda Woolston – Sunderland born and bred and now a Londoner – asks if London could ever be as friendly as her home city?

There are more on there now, and dozens lined up for the next few weeks but most importantly we need your reaction, your thoughts and your ideas. Join in, and transform our city.

David Robinson is a community worker, father of three and member of the Labour Party. He has always lived in east London and worked for Community Links, a charity which he co-founded as a teenager more than 30 years ago. He has set up Changing London to develop and deliver the best policy from the ground up.