Woman Badly Injured After Falling From New Bus For London 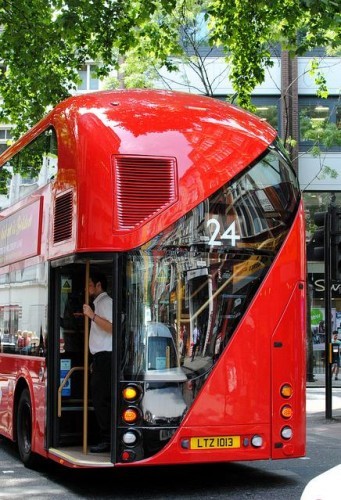 A woman is in a critical condition after falling from a New Bus for London on Friday morning.

Transport for London confirmed that the woman was travelling on a 24 bus and that the accident happened at the junction of Malden Crescent and Prince of Wales Road in Camden. TfL says she fell after getting off the rear platform, the London Ambulance Service says it had reports of someone who'd "fallen from" the bus.

What is certain is that she suffered a head injury described as life-threatening and was taken to St Mary's in Paddington. It's not yet clear whether the open platform was a contributing factor or whether it's the kind of horrible accident that could happen on any type of bus.

The New Bus for London has been beset with problems since the 24 became the first route go all-NB4L in June. Air conditioning failures on the top deck led to wags dubbing it the 'Roastmaster', among other creative sobriquets, and three people were seriously injured a couple of weeks ago when a bus smashed into a line of stationary traffic in Chelsea. And now Boris Johnson may live to regret penning these words in his Telegraph column earlier in the year:

This bus stands for freedom, and choice, and personal responsibility. It... restores to the streets of London the open platform at the rear – and in so doing, it restores the concept of a reasonable risk.

One of the reasons the original Routemasters were withdrawn (apart from accessibility issues, and that they were cramped, cold and tatty) was that passengers are simply safer on a bus without a big hole in the back; what is a reasonable risk for one person may be a high risk for someone else. TfL is clearly aware that concerns are already being voiced about whether the platform contributed to this accident and has promised a "thorough investigation" to find out exactly what happened.