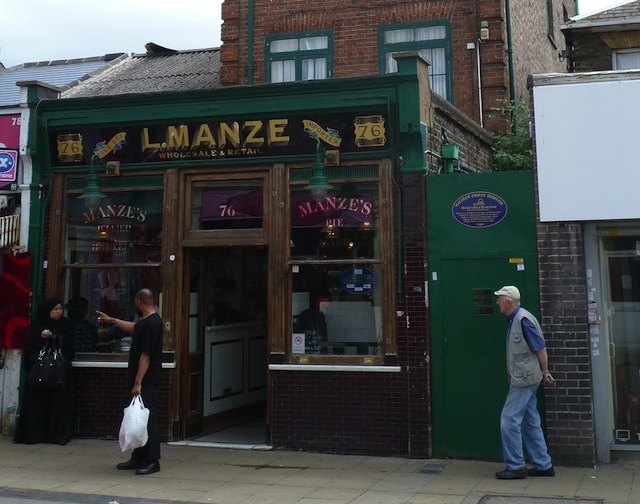 L Manze Eel, Pie and Mash Shop on Walthamstow High Street has received Grade II listed status from English Heritage. The local favourite was established in 1929 by Luigi Manze, one of several brothers whose names still adorn traditional pie shops across London. The Walthamstow shop retains internal and external decoration from its earliest years, and is redolent of a once-common style of working-class cafe. It already carries a heritage plaque from Waltham Forest Council, but the new listing status confers greater recognition.

Eel, pie and mash shops are a unique feature of the London scene, and represent some of our oldest traditions of fast food. This 1920s example with its beautifully preserved interior is among the best of an increasingly rare kind, and strongly deserves to be listed. 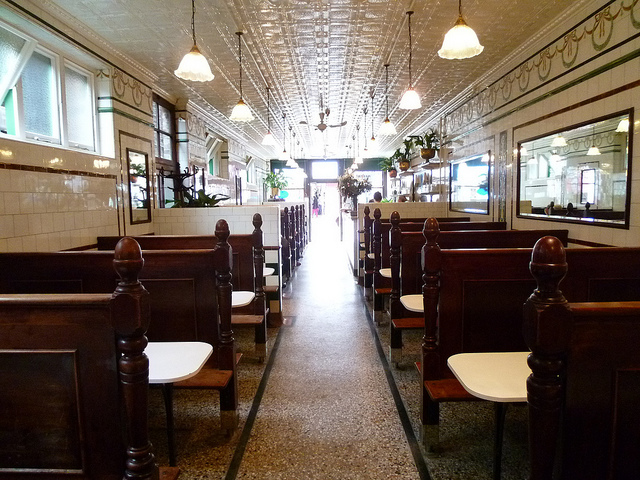 Pie and Mash shops are as intrinsically linked to London as black cabs and beefeaters. L Manze’s in Walthamstow is a unique part of the capital’s heritage, and is as relevant and popular now as it was when it first opened in the 1920s. It clearly deserves to be given Grade II listed status.

Next time you're peckish in E17, consider tucking in to some top-grade pie, mash and eels in a Grade II cafe.

Images from the Department of Culture, Media and Sport.