Science And Dance Combine In A Magical Performance 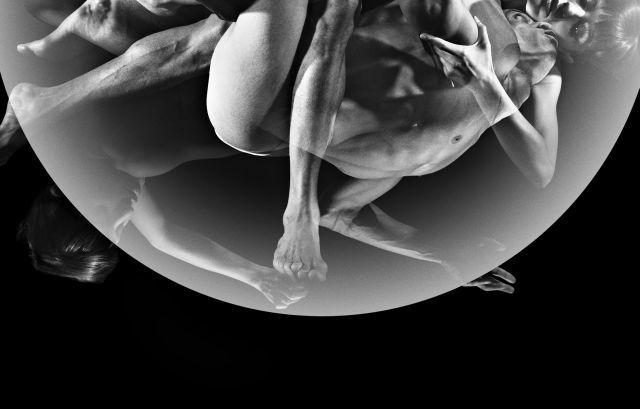 The critically acclaimed Wayne McGregor | Random Dance is back on stage with Atomos, a magical performance currently on a short run at Sadler’s Wells. Inspired by the structure and the form of an atom, this performance is built on a sophisticated foundation of research, biometric and 3D technology. But five minutes into the start the science fades away, and all you can see and feel is the dance.

Atomos features ten dancers who impress with their sinuous forms, a live orchestra playing in the wings, and an ambiently lit backdrop that sets the mood. At the beginning of the performance you are also given 3D glasses, to be worn when plasma screens make an appearance halfway through. The combination of the screens and the dancers is effective to a degree, but at times the screens seem inessential other than as a nod to the technology that underlies this production.

Wayne McGregor | Random Dance is the Resident Company of Sadler’s Wells and has been using technology and biometric data to inform their productions for several years now. This spirit of scientific research and enquiry comes from McGregor’s interest in interrogating the process of dance and its teaching. As part of this research a computer programme was devised that translates biometric data into a 3D image that McGregor’s dancers then respond to when practising in the studio. And it is this translation of one set of information into another that fuels McGregor’s productions.

Atomos is flawlessly produced with state-of-the-art lighting and film, music by neo-classical ambient composers, and costumes designed by a studio that crafts wearable technology. And in true McGregor style, each dancer picks up from where the last one left off, but with an added flourish.

Though there isn’t an obvious narrative to this production, McGregor has revealed that the inspiration for Atomos is one of his favourite films. While he keeps mum about which one this is, we have our money on it being a sci-fi thriller.

If you’re looking for more on McGregor’s collaborations with scientists and technologists, visit the exhibition Thinking with the Body: Mind and movement in the work of Wayne McGregor|Random Dance that is currently on view down the road at the Wellcome Collection till 27 October.

Atomos is on at Sadler’s Wells until 12 October. Tickets £12-£27 with a Pre-Show Director’s Conversation on 10 October for £4. Londonist saw this performance on a complimentary ticket.