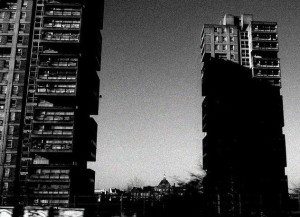 A Freedom of Information (FOI) request by the BBC has revealed that 65% of London councils who responded have tried to relocate people on their housing waiting lists outside the borough.

Welfare reforms are leaving London's councils facing increasing numbers of people no longer able to afford the gap between high rents and reduced housing benefit who require their services. But with social housing in short supply, councils are being forced to accommodate residents outside the borough or even outside London. Newham council was recently accused of 'social cleansing' ahead of the Olympics by moving families as far afield as Stoke-on-Trent.

Last week's Institute for Public Policy Research (IPPR) report, helpfully paraphrased by Snipe here, paints a pretty bleak picture of London's looming housing crisis and our pre-election examination of housing and poverty highlighted a general feeling that the mayor should be doing more to make living here affordable. Now that Boris Johnson has been reinstalled in City Hall, housing is one of the many things he's being urged to get an urgent grip of putting pressure on the government to devolve power over housing to his office and introduce a Local Housing Allowance cap.

Dave Hill in the Guardian also highlights a shortage of social housing caused by tenants exercising their right to buy — and how the government's increased RTB discount will only exacerbate things. In the meantime, families on the housing waiting list will presumably find themselves being shuffled around the city until the gap between the rent they pay and their actual earnings narrows.