It's only two weeks since we last did a non-fiction roundup, but such is the frenetic pace of publishing that we already have another six Londony books on our desk. For convenience, we've linked to either the publisher's site or Amazon, but we'd also urge you to support your local independent book shop. 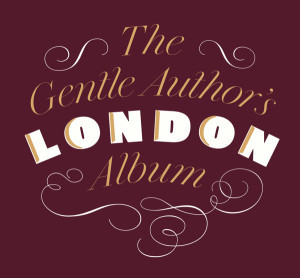 The Spitalfields Life website, still only four years old, goes from strength to strength. Last week saw the launch of the Gentle Author's second book, in a packed-out party in Christ Church Spitalfields.

The London Album is a compendium of the best articles from the blog's past year. It is sumptuously produced, with more than 600 photographs depicting London old and modern. The Gentle Author delights in the details, from the 'desire paths' of the East End (short cuts across grass that bypass circuitous tarmac routes), to the Punch and Judy professors of Covent Garden, and the many chicken shops of Spitalfields that most of us would overlook.

As a special treat, the book includes many old 'lantern slides' of London a century ago, uncovered at the Bishopsgate Institute and never published in print before. Even regular readers of the website, who may be familiar with much of the content, will revel in the book — these stories bear repeating. Buy here. 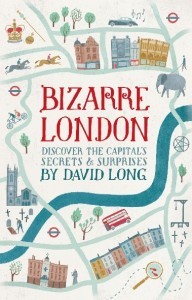 Here's yet another book revealing the capital's 'secrets' and 'surprises'. But it would be churlish to discount this new compendium of unusual London tales. Sure, it includes many of the 'secret London' mainstays like Postman's Park and a roundup of lost rivers. But David Long's an old-hand at putting books like this together, and he always digs up exquisite truffles to go with the hoary turnips.

In a market niche that's now as crowded as the 18:22 to Reading, Bizarre London pummels its bantamweight rivals with knockout clouts of trivia that even this weary correspondent hadn't encountered before. Buy here. 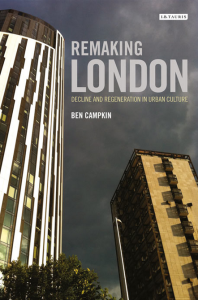 As Director of UCL's Urban Laboratory, he's well placed to describe recent and not-so-recent examples. The text draws on newspaper accounts, architect plans and 'cultural artefacts' such as art projects, films and even song lyrics to paint a multi-sided picture of the upheavals of redevelopment.

The book is sliced into seven case studies. The opening chapter on the early 20th century rebuilding of Somers Town presents some remarkable photographs of a ceremonial burning of vermin effigies, showing that the erasing and rebuilding of a whole neighbourhood can have its popular moments, in this case selling the changes on improved sanitation. Later examples are less positive, with the major projects at King's Cross and Elephant and Castle dividing the community. In places (especially the introduction) the language can get a bit specialist for the lay-reader, but the overall book is a must-read for anyone interested in London's urban development. Buy here. 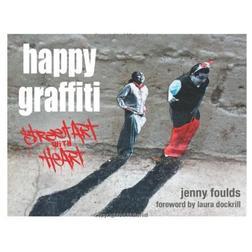 Subtitled 'Street art with heart', this is a simple compendium of street art photography but with one, winning difference: all the contributions are positive and cheery. From the opening scrawl "You look beautiful when you smile. Yes you!!" to the smiley girl on the last page, painted onto a garage wall and reminding us to 'have fun', this is 128 pages of urban smiling.

As London poet Laura Dockrill notes in her introduction, "...pure, raw, beautiful, smart and poignant happy messages splattered over our streets seem like music to my eyes. We shouldn't be pretending to be robots." The book is a compilation drawn from Jenny's Happy Graffiti website, where you'll find even more examples. Buy here. 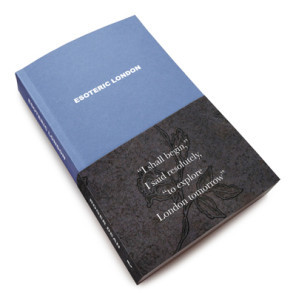 The third blog-turned-book in our list. Roger Dean's Esoteric London website works on a very simple, and powerful formula. Every day, he finds an old piece of writing about the capital and marries it up with a photograph from the modern city. An 1883 extract concerning Shoreditch's bird market, for example, is accompanied by a shot of Roa's famous crane mural on Hanbury Street. A Henry Mayhew quote describing periwinkle men is matched with a close-up of a Westminster building, whose stones are peppered with fossil shells.

The book collates some of the best combinations from the past few years. It's not only an attractive bundle of words and pictures, but also resurfaces long-forgotten writing about London that deserves to be seen with fresh eyes. Yet another example of how a self-published, Kickstarter-funded book can have all the production values and readability of a traditional publication. Excellent work. Buy here. 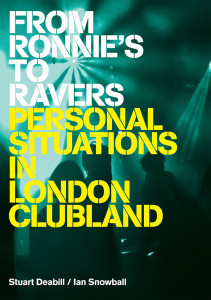 From Ronnie’s to Ravers: Personal Situations in London Clubland, by Stuart Deabill and Ian Snowball

This is the second musical memoir in the series from the authors, exploring the inherently human hunger for music and adventure that burns so potently in the London air. The book combines interviews, personal memoirs, photographs and salvaged posters to create a whistle-stop tour of England’s insatiable craving for celebration, from Viking acid parties in Lundenburgh through to the post-Millenium era.

The authors give us first-hand insight into the fascinating worlds of Teddy Boys, Swingers, Mods, Skinheads, Suedeheads, Boot Boys, Punks, Chelsea Casuals and Acid Ravers, through the eyes of prominent scenesters. For those who lived it, the pages provide a delicious scoop of nostalgia and a sense of belonging to something special, whereas for the less fortunate they provide an immersive interaction with the ever-changing face of British subculture.The book seems to encapsulate a certain brand of magic that belongs only to London; the promise of the transubstantiation of small-town nobodies into weekend somebodies. It will leave you feeling desperate to dust off your winklepickers and sample some dirty old dancefloors. Buy here.

All reviews by Matt Brown, except From Ronnie's to Ravers, reviewed by Jessica Andrews.