The Next Stop Is... Sir Alfred Hitchcock Hotel

By Jonn Last edited 110 months ago
Jonn The Next Stop Is... Sir Alfred Hitchcock Hotel 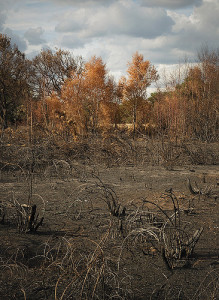 Few places in London can be as sinister on a rainy autumn's evening as the fringes of Epping Forest. The long, narrow strip of ancient woodland run for 11 miles from Bell Common to Wanstead Flats, a scar across suburbia, a shiver down London's spine. The very names on the map seem to hint at the frightening fate awaiting those who go walking in the woods. Whipps Cross. Snaresbrook.

At the right time of the day, in the wrong time of the year, with the sky growing dark overhead, it can feel as if the trees are like giants, crowding around you. It's easy enough to find your way into the woods; finding your way out again is an altogether different matter. Take a wrong turn, and suddenly the undergrowth begins to grow taller, the muddy ground beneath you seeming as if it’s pulling at your feet, unwilling to let you go.

Then suddenly through the trees you glimpse a welcoming sight: a public house of some sort, blazing with light and warmth. You make for the hostelry, overwhelmed with relief that you will soon be inside once more, but as you break out into the open you catch sight of its name, and you feel your blood run cold.

Then you go inside and have a nice steak and a few beers, and everyone's terribly nice to you.

The master of suspense was born in Leytonstone, in 1899, when it was still Essex suburbia rather than the last outpost of the inner city. He's one of the district's most famous sons (the other is David Beckham, who has yet to qualify for his own bus stop) so it's not surprising to see him commemorated by a local business. It's perhaps a little surprising to find he's given his name to a hotel, however, since the most famous scene or his most famous movie sees Janet Leigh hacked to pieces in the shower of one.

None of this should be taken as any reflection on the Sir Alfred Hitchcock Hotel itself, which, most internet reviewers agree, is actually rather good. It includes 25 rooms, a bar and a restaurant, and enjoys hosting weddings, and most of the ratings on Trip Advisor give it four or five stars. Rather sweetly the manager seems to answer every one of them personally, including those that are, er, less flattering (in response to a one-star review complaining that one guest had been left standing outside for 20 minutes: "We have two main entrances and you have waited in front of the wrong one... I repeat the wrong one"). Whether such a crack response team would be required were the hotel not named after the bloke who directed Psycho is not exactly clear.

There's one other thing to say about Sir Alfred and his bus stop. There's been much hoo-ha of late about private companies (Emirates, Barclays, et al.) getting their names slapped onto bits of London's transport infrastructure for money. What's passed unnoticed, though, is that pubs and hotels have been getting this for nothing for years. Just consider the fact we have bus stops called The Grapes and Adam & Eve, or a major junction called Holloway Nag’s Head. There are five tube stations named for pubs, too. We wouldn't dream of patronising you by telling you which they are.

Image courtesy of Mohain, taken from the Londonist Flickr pool