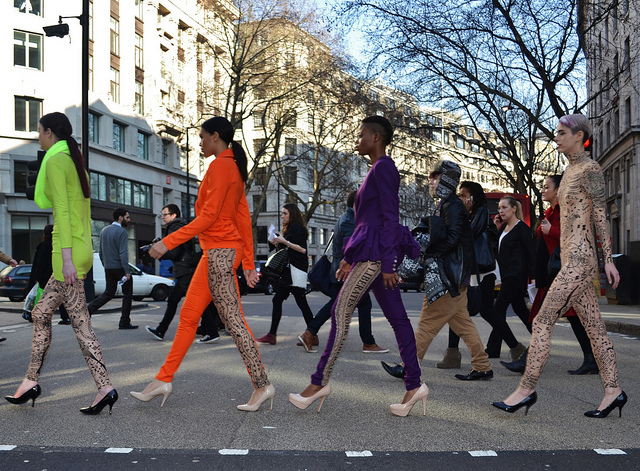 London Fashion Week kicks off today, with a series of high-profile catwalk shows hosted around the city and lots of other fashion-based excitement.

The British Fashion Council has suggested the event will boost the economy by around £100m over the next five days. As well as orders worth millions of pounds following the shows, tens of millions more will be pumped into the economy on hotels and flights by those visiting London.

It's an interesting week for the retail industry. On the one hand, the Local Data Company reports that London has a vacancy rate of 9.4%, which, while not as dire as in other regions of the UK, still presents a problem. On the other, we have a whole host of big names opening shops in the capital to coincide with the hype around London Fashion Week.

Today, designer Tom Ford officially opened his first London flagship on Sloane Street. The store has been trading since July, selling a range of womenswear, menswear, make up and more. Over on Bond Street, the Alexander McQueen London womenswear flagship store also reopens today, offering catwalk pieces, ready-to-wear and accessories. And the McQueen store will have new neighbours before the weekend is out as British label Belstaff unveils a giant New Bond Street shop on Sunday. The redeveloped Grade Two-listed building, renamed Belstaff House will eventually house a museum and private showrooms across six floors. And finally, London welcomes luxury French label Longchamp to Regent Street this weekend too. It'll be the first time the brand has hosted its entire collection of bags, clothing, shoes and luggage under one roof for the first time.

Only time will tell if this influx of big new names will have a trickle-down effect to the rest of London's high streets.

Interested in LFW but unable to get into the high-end celeb shows? We've put together a list of the pleb-friendly bits of London Fashion Week for you.

Photo by James Lemons via the Londonist flickrpool.