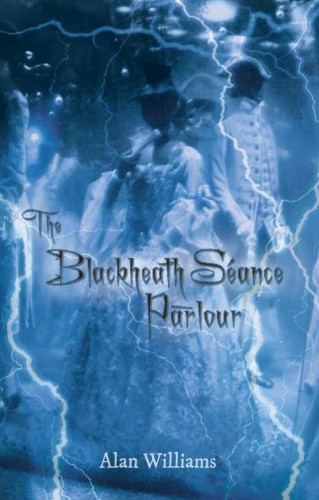 John Hegley and Jack Rooke are the guests at Bang Said the Gun's stand-up poetry night in The Roebuck. £7 / £5, 8pm

David Crystal and Hilary Crystal are at Foyles to talk about the history of British language. £5 / £3, 6.30pm

The Soho Lit Fest kicks off in earnest. Highlights include Claire Tomalin on Charles Dickens (4pm), Margaret Macmillan on World War One (8pm) and Don Bachardy on Christopher Isherwood (7.30pm), all tickets £9

John Rogers shows us an overlooked side of the city in This Other London at Belgravia Books. Free, 6.30pm

At Archway With Words, Lucy Popescu, George Nelson and Shannon Kyle talk about their specialist styles (£5, 7pm) while Jah Wobble and Tim Wells take to the stage at the Archway Tavern (£16, 8pm)

Gemma Rogers, Roger Robinson and Katie Bonna join Dean Atta and Deanna Rodger for Come Rhyme With Us at Cottons in Islington. £6-£12.50, 7pm

The autumn issue of Poetry London launches at the Southbank Centre with readings from featured poets. Free, 6.30pm

If you couldn't see John Rogers at Belgravia Books, he's talking about This Other London at West End Lane Books in West Hampstead. Free, 7.30pm

Maggie Harris and Janet Simon are the guests at Hylda Sims's Fourth Friday at the Poetry Cafe. £7 / £5, 8pm

Jacqueline Wilson premieres her new book, Diamond, at the Bloomsbury Theatre. £9 / £6 + bf, 11am

Archway With Words closes with an Alice in Wonderland-themed party. Free, from 2pm

Robert Harris talks about his new novel An Officer and a Spy at The Telegraph's offices on Buckingham Palace Road. £18.99 including book, 6.30pm

Hear tales of Wimbledon (£10, 4pm) at the eponymous BookFest, and Jenny Colgan with Penny Vincenzi (£15, 8pm)

Jeanette Winterson and Samuel West read work from this year's Forward Prize nominated poets, before the award is handed out on stage at the Southbank Centre. £12, 7.30pm

Today's Wimbledon BookFest events are sport-themed. Stephen Cooper tells the story of 15 men who played for Rosslyn Park rugby club, all killed in World War One (£7.50, 6.45pm) and cricket's Jonathan Agnew is in conversation at 8.30pm (£12.50)

Michael Pennington performs as Chekhov in Siberia at the Royal Society of Literature. £8 / £5, 7pm

Andrew Motion, John Hegley and Jo Shapcott read from Keats's odes and their own work at Keats House. £12 / £10, 7pm

Tom Holland has produced a new translation of The Histories of Herodotus and is discussing it at Daunt Books Marylebone. £8, 7pm

In Wimbledon, Sheila Hollins presents a book club for people with learning and communication disabilities (£3, 4.30pm) and there's a literary pub quiz at The Swan (£10, 7.30pm)

Hear about the secret history of the Poetry Library as it celebrates its 60th birthday. Free, book in advance, 8pm

Tom Chivers is leading more pilgrimages along the Walbrook to coincide with National Poetry Day. £10, various times to 6 October

David Levithan talks to Phil Earle about his latest novel, Every Day, at Waterstones Piccadilly. £5 / £3, 6.30pm

Max Hastings discusses the start of World War One at Waterstones Hampstead. £5, 7pm

Follow @LondonistLit for our pick of that day’s literary events.