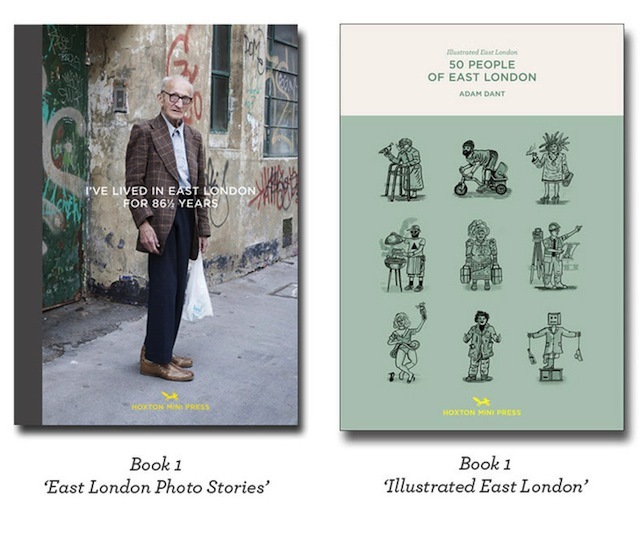 We like the sound of this: two collectable series of books featuring art and photography of east London. We like, even more, the content of the debut numbers. 'I've Lived in London for 86½ Years' launches the photographic series. It follows Joseph Markovitch, a former subject of Spitalfields Life, who has only left the capital once and 'never had a girlfriend'. The shots are by Martin Usborne, whose clever images of a stuffed fox became something of a viral hit a couple of years ago, and are sure to feature in a future volume.

The second title, "50 People of East London", presents Hogarthian illustrations of local characters by Adam Dant. You might recall Dant from his exceptional hand-drawn maps of Spitalfields and Shoreditch.

The project is spearheaded by Hoxton Mini Press, and should build into a handsome library of photography and illustration. As is increasingly common, the venture is launching by Kickstarter. Just £5 gets you an invitation to the launch party. £10 gets you an invite, plus a signed copy of one of the books. And then the price goes northwards, with various prints, signed copies and other goodies up for grabs. Pledge your readies here.