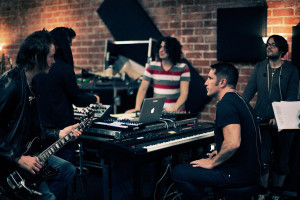 The must-see show is NIN’s first appearance in London since their 2009 gig at the O2 arena, a venue 17.5 times the size of Scala, and their smallest since their 2005 gigs at the now defunct Astoria.

Tickets go on sale Friday 9 August at 5pm through NIN.com to members of the website, but it’s free to sign up. It will be best to sign up in advance as the tickets will go almost immediately.

A new look NIN returned to live action after four years with headline slots at Chicago’s Lollapalooza and Japan’s Fuji Rock. You Tube footage of the gigs show the band to be better than ever.