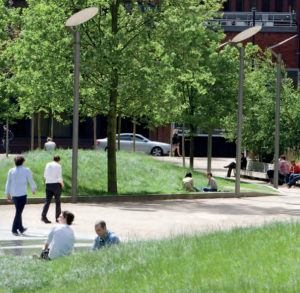 Parts of the North and South Circular could be diverted underground, freeing up land for new housing and open space. This is just one of the headlines coming from ambitious new proposals for London's roads.

A plan published today by the Mayor’s Roads Task Force (RTF) sets out a new vision for the capital's road network, which simultaneously aims to improve traffic flow and road safety, enhance the public realm, create jobs and prepare the city for continued population growth. It'll cost £30 billion over 20 years. Did we already use the word ambitious?

It's a beefy, HGV of a report, with over 250 pages, and we've only yet had chance to read the executive summary, but the main proposals seem to be:

The full report contains much more detail and nuance on each aspect.

The RTF's proposals have been welcomed by both Transport for London, borough councils and the RAC, who dubbed the tunnelling aspects as "A Crossrail for cars". By contrast, Lib Dem Assembly Member Caroline Pigeon thinks the underpass idea is 'nonsensical', costly and a throwback to the '80s.

It should be kept in mind, though, that this is only an initial report — a wobbling barrel of good ideas that will take some time to settle down into physical, fully costed reality. Feasibility and site-specific studies are at an early stage. Funding, which is roughly similar to money spent on rail improvements, would come from "TfL, boroughs, central government, developers and other stakeholders working collaboratively".