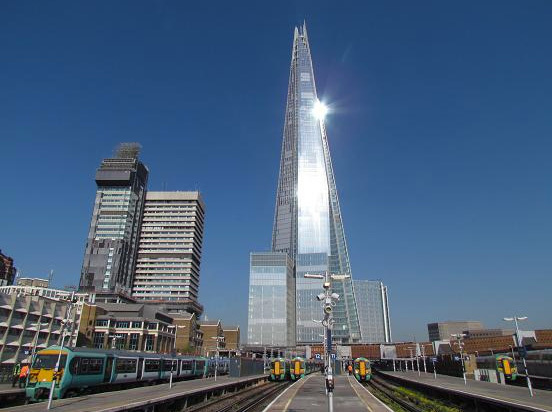 Early this morning a group of six climbers began scaling the outside of the Shard. The group were acting on behalf of Greenpeace, who are campaigning against Shell's plan for Arctic drilling; they chose the Shard because of its resemblance to an iceberg, and because it's a damned good publicity stunt. As of this update (16.30) the group are at the 240m mark, according to the website dedicated to the climb. Here's how the story unfolded:

In what is turning out to be a very impressive social media campaign, Greenpeace has launched a website, Ice Climb,, which features a live video feed. According to it, the six climbers are currently at the 40m mark.

Greenpeace have confirmed that six activists representing them have climbed the Shard. They released this picture and tweeted the following:

Drama in SE1 this morning as police have been called to The Shard following reports that a group of six people are attempting to scale the 310m tall skyscraper. Twitter user @LiamJacquin has a photograph of the group scaling the building.

Initial reports suggest that they are activists for Greenpeace, and that they accessed the building via the roof of London Bridge station. @OccupyLondon has tweeted that the group are protesting against drilling in the Arctic.

More news as the story develops.

See also: The view from the top of The Shard