Ever Heard Of The Brixton Plane Crash?

By M@ Last edited 111 months ago
M@ Ever Heard Of The Brixton Plane Crash? 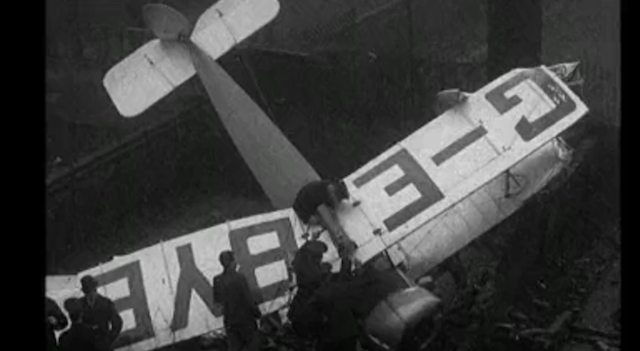 The residents of Gresham Road, Brixton had a narrow escape on 2 February 1931. An Avro biplane shooting film footage experienced engine trouble over the area, and suddenly swooped form the skies. It crash landed in one of the gardens, startling the housewives of Brixton.

The women immediately went to the rescue, several clambering over walls and bushes to reach the spot, and found the cameraman walking about dazed and the pilot bleeding freely from the head, seated in the cockpit.

Pilot Richard Yalenold Bush and cameraman Stanley Rodwell were injured but survived, in part thanks to the rapid assistance from those neighbouring the crash.

The aeroplane went so close to Mrs Mabel Wilding, who was hanging out washing two doors away, that she instinctively "ducked" her head. She afterwards scrambled over a wall, cutting her hands and ankles, to help extract Mr Bush.

Things could have been much worse. Not only did the plane narrowly avoid hitting a house and tree, it also came down close to Brixton town centre, then as now a thriving market area bustling with shoppers.

The aftermath of the crash was captured in this British Pathe news film.

Coincidentally, the biplane was one of three shooting footage for a film called "The Flying Fool" — although here it may have been the pilot's skill that saved the day.