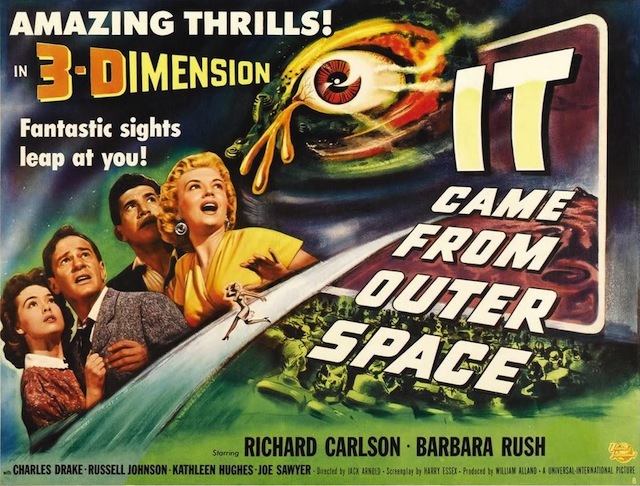 While the National Maritime Museum shows off some exceptional shots of stars, galaxies, planets and moons, the neighbouring Royal Observatory looks at what creatures might live on them. The venue's planetarium will run a series of early sci-fi classics throughout the summer, each followed by a talk exploring the film's themes.

20 June: The War of the Worlds (1953): spindly-legged Martians invade Earth (but mostly California), eventually succumbing to the planet's smallest creatures (in this version, not Tom Cruise).
18 July: It Came From Outer Space (1953): a Ray Bradbury story about peaceful aliens trying to fix their ship before gittish humans catch them.
15 August: This Island Earth (1955): bug-eyed monsters kidnap Earth's brightest minds to help with a war. Features the cat out of Breakfast at Tiffany's.